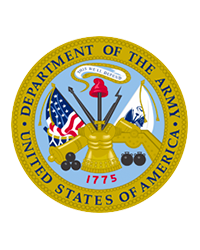 William (Bill) R. Shephard was born on July 31, 1936 to Floyd and Goldie (Mead) Shephard, on the family farm near Gate, Oklahoma. Bill began working at the age of 12 for Jinx Sutherland. Bill grew up in the Gate community, where he attended the Gate Schools and graduated from the Gate High School with the class of 1954. After graduating, he moved to Arkansas, Kansas where he worked with his uncle and brother in the oil field. He then went to work for Boeing Aircraft assembling airplane parts. Bill decided to move on and enlisted in the United State Army in 1959. After basic training, he was stationed in Germany for 34 months. Returning back to the states only to be called back to Vietnam serving his counrty for until he was honorably discharged in 1967. During his station in Fort Benning, Georgia, he met his first love, Lisette (Ann) and were married, to this union two boys were born Billy and Charles. They returned home Bill began managing the family farm. After the passing of Ann, Bill found this second love Evelyn. They were united in marriage on May 9th 1987. Evelyn brought to this union Melissa, James and Rebba. The family made their home in Gate, Oklahoma. In 1995 the family moved to Hugoton, Kansas making their home for 20 years. In 2015 it was time to retire to Walsenburg, Colorado where he and Evelyn built their home. Bill joined the American Legion Post 6 in Colorado. He enjoyed working with the veterans of various branches and honoring the deceased veterans with the Honor Guard. Bill also enjoyed working in the yard, telling jokes, spending time with all of his family and going on trips with his wife. Bill decided in 2018 it was time to move back home to be closer to their families. Where he joined the American Legion Post 273 and the VFW of Woodward, Oklahoma. On February 16, 2022 Bill departed this life at the age of 85 years surrounded by his family loved one and friends.  Bill was a man of many talents and trades. He was proceeded in death by his parents, his first wife Ann, three brothers Bobby, Chet and Jimmy; three sisters Anna, Francis, and Mary, his father in law Elmer Berends, four brother in laws Dee Brisendine, M.E. Nansal, Todd and Rodney Berends. Bill is survived by his loving wife Evelyn of the home, his children Billy and wife Christy Shephard, Charles Shephard, Melissa Walker, James and wife Crystal Graham, and Rebba and husband Josh Perez, 17 grandchildren, one great granddaughter, three sisters Clara and Don Lemmons, Joyce Nansal and Florence and Delbert Dodson and his mother in law Leatha Berends, nieces, nephews and many other relatives and friends.

Cremation burial will take place in the Gate Cemetery at 2:00PM Saturday February 26, 2022 with the Military Graveside Rite by the American Legion Post 273.

To send flowers to the family in memory of William "Bill" Shephard, please visit our flower store.