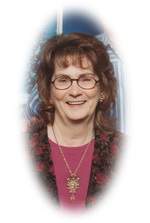 Wanda Faye (Levings Brawner) Chapman was born February 2 nd , 1936 in Buffalo, Oklahoma, to Joseph Patrick Levings and Lola Elizabeth (Shoemate) Levings. Wanda was raised on the family farm in the Greenleaf Community where she attended a small one-room country school until the age of 14.  At that time the family moved to Buffalo where her brothers, sisters, and parents adapted to the life of living “in town”. Wanda attended Buffalo Schools and also worked her way through high school as a waitress at Harper’s Café. It was here that she first developed her affinity for what would be a good many years working and/or operating a café. In 1953 Wanda graduated from Buffalo in a class of seniors that were a collection of young men and women who came from the surrounding rural area as well as within city limits. Tragically it was this same year that her father perished in an industrial accident and left her mother a widow as well as her and her brother and sisters without a father.  All recognized her as a spirit which would touch the lives and make a profound impact of so many over the next six decades of her life. After High School she lived and worked in Ashland, Kansas at the local Café, extending the experience she started to pick up at Harper’s Café in Buffalo. Shortly thereafter she chose to move around for a couple of years and eventually settled back home in Buffalo where she met and married Eldon Ray Brawner, of Selman, Oklahoma. They were married July 1956 and began their marriage with the addition of Stephanie Jo Brawner as the first born child Wanda brought into the world to which she was such a shining light. In successive years were born William Sherman, Wanda Josephine and Joseph Ray Brawner. Wanda had plenty of the pioneer spirit of Oklahoma and convinced Eldon that they should open a café and try their hand at operating their own business with the help of her experience. They owned and operated a small café in Fort Supply for several years while still managing a growing family and helping Eldon’s dad on the family farm in Selman. Eventually Wanda and Eldon returned full time to the Brawner family farm near Selman where Wanda spent her days and often nights helping to work the family farm and raise her family. And there they remained until Wanda’s spirit again suggested she could do even more to be a part of the local economy. It was about the age of 30 that she entered a new part of her life when she took a job working for Larry Painter at Larry’s Thrif-T-Wise grocery market in Buffalo. There she found another extended family that reached across the entire town. Wanda worked there until again tragedy struck and caused her to again take stock of her life and make another change. In June of 1981 Eldon passed away suddenly and left Wanda a widow. Because she loved books, crafts, people and smiles, she opened a small book and craft shop in downtown Buffalo. As chance would have it, while she was enjoying her life with so many people who had become a part of her life, she met Larry Chapman. Larry became the second love of Wanda’s life and after spending time together and finding they were the friends that each wanted and needed for a complete life, they were married. So on January 8, 1984 in Las Vegas, Nevada, a second journey of matrimony started for the couple. Larry was a construction worker with several years of experience in pipeline welding. Deciding Larry should continue working and as job where offered Wanda and Larry traveled from coast-to-coast and dozen of destinations that would again touch the lives of many and bring happiness to all. Wanda got to live and visit such place as Hawaii and Italy creating memories that Wanda would recount.  The 4th of 8 children, Wanda was the center of attention in many ways, and for all her life an easy smile and a call demeanor were her hallmarks. Finally tragedy struck again when Wanda was diagnosed in August of 2011 with a rare form of cancer for which there was no known treatment. She met the battle head-on and with Larry at her side decided to do whatever they could to combat the disease and try to keep her light shining. With the support of her two daughters, Wanda Josephine and Stephanie Jo, who live in close proximity, as well as that of Larry’s, a battle was waged for her life. Wanda has been preceded in death by her parents, two sisters, Patsy and Joann and Brother John. She is survived by her husband Larry Chapman of her home in Gage, sons, Sherman Brawner and family of Moorpark, CA; Joe Brawner of San Diego, CA; daughters, Stephanie Findley, of Gage, OK; Wanda Josephine Brawner, of Gage, OK; step daughters, Rita McManus, of Gage, OK; and Lisa Sobolick, of Ada, OK; Brother, Ivan Levings, of Alva, OK; Sisters, Juanita Bowers and Virginia Chase both of Buffalo, OK; Reta Descher of McAlister, OK; fifteen grandchildren, eight great-grandchildren, and a host of other close and extended family members as well as friends that number into the hundreds all across the country. But finally the battle was ended and her spirit was freed when Wanda passed away at Newman Memorial Hospital in Shattuck, Oklahoma on May 22, 2012. Her light had shined upon us all for seventy-six years, three months, and twenty days, but finally it was obscured by the terrible ravages that the cancer had inflicted upon her. To be sure, Wanda met what she knew was a horrible foe each day with bravery and courage that few possess and always with that same easy smile and concern for others as much as for herself. Wanda Faye Levings Brawner Chapman was a hero.

Please click here to view the video tribute
To send flowers to the family in memory of Wanda Chapman, please visit our flower store.