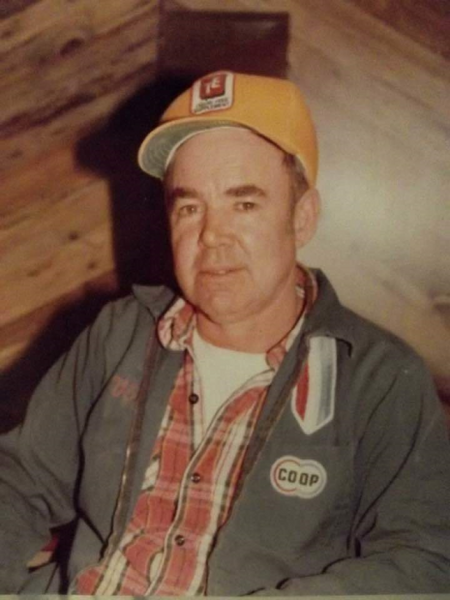 Loren Virgil Shaw was born to Loren Willis Shaw and Ethel Audrey (Brown) Shaw on October 20, 1930 in Woodward, Oklahoma. Virgil grew up on the farm north of Buffalo, Oklahoma, where he spent his free time hunting and fishing. Virgil graduated from the Buffalo High Schools with the class of 1949. Virgil served his country in the United State    Navy during the Korean Conflict. He sailed on the ship USS Whetstone, Virgil joined the navy wanting to fulfill his dream of sailing the world. He was Honorable Discharge form the US Navy October 29, 1954 in San Francisco, California. Virgil returned home and married Joyce Baker on December 1, 1961 at the First Christian Church in Woodward, Oklahoma, and to this union three children were born Mary, April, and infant daughter Carrie Sue, died at birth. The family made their home in the Buffalo where Virgil worked at the Farmer’s Co-op Elevator in the feed mill, where he mixed all kinds of feed for the area farmer’s cattle, horses, and pigs. Also he dug and built his own storm cellar for the protection of his family. Virgil retired from the Farmer’s Co-Op after many years of hard work. After his retirement he took up gardening, even teaching his grandchildren how to care for the plants;  “ the little secret things that made them grow”. He enjoyed the time out in the garden growing all of his garden veggies. He also enjoyed checking on his neighbors, almost a daily routine. Virgil was preceded in death by his parents, infant daughter, his wife Joyce Shaw and abrother George Shaw Sr. Virgil left his earthly home on Sunday, April 9, 2017. He leaves as is survivors his two daughters Mary Sharpe and husband Jeff of Woodward, Oklahoma, April Armstrong of Woodward, Oklahoma; his two sisters Leona Icke and Betty Jo Icke, both of Enid, Oklahoma, two grandchildren, Blake and Alexis Armstrong, and one great grandson Jaxon Stinson, other relatives and many friends. Military graveside rites by the Laverne American Legion Post 273.

To send flowers to the family in memory of Virgil Shaw, please visit our flower store.