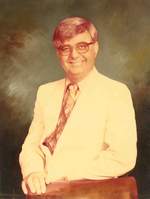 Verlon Wayne Erwin was born October 14, 1931, at his grandmothers home just north of Woodward, Oklahoma, the son of Clarence “Shorty” Erwin and Violet Gladys Rittenhouse. When Verlon was a small child he rode in his Dad’s truck delivering fuel to Enid, Oklahoma. He enjoyed ridding his pony on the road which is now Oklahoma Avenue in Woodward and rode the North Canadian River. Verlon attended school in Woodward and he worked at his Dad’s Service Station, also helping his dad after the Woodward Tornado, fixing flats, fueling long lines of cars and emergency vehicles do to having the only hand pumps in town. Later he moved north of Buffalo, Oklahoma to work on his Uncle Ples Barnett’s farm. Verlon married Mary Beth Irvin at Clayton New Mexico January 22, 1951 and moved to a house on the Patterson’s farm, just north of Buffalo. Eventually, they bought this farm and made it their home. As their children Mike, Beth Ann & Mark were born, Verlon worked in the Oil field to make ends meet during the drought of the fifties. Verlon and Mary Beth both enjoyed teaching Sunday school at this very church. As his children grew up, Verlon worked at the Buffalo Livestock Auction as manager for several years. He later worked and managed the Wheatheart Feedyard east of Buffalo. Verlon and partners bought this feedyard, naming it Buffalo feedyard. Verlon spent 22 years as manger and part owner, Mary Beth was his receptionist. During this time he and Mary Beth traveled to various parts of the world, favorites being Spain and trips to Tropical Islands. In 1982, with a group of close friends they purchased a home on Grand Lake, this was a place where many wonderful family memories were made and where they enjoyed fishing together and spending time with their grandchildren. After his time in the cattle feeding business he returned to his farm north of Buffalo. Over the next 25 years Mary Beth and Verlon built a cow herd, ran yearling and raised wheat and corn. They cherished their farm and especially loved to watch the cows and baby calves, many of which they delivered together. They loved their life on the farm with their children. The most important thing to Verlon was his family. He died Monday March 25 at the age of 81 with his children by his side. Verlon his survived by his three children, son Michael and wife Diana, of Buffalo Ok, Daughter Beth Ann and husband Leon of Buffalo Ok,  son Mark and wife Debra Erwin of Ft. Supply, Ok  Grandchildren Casey Snell and Mark Talbott, Rodney and Susanne Erwin, Amie and Jason Waugh, Kendy and Shane Thompson, Alisha Erwin, Lindsay Greene, Alexia and Shaylee Erwin, Shanna Ray, Tori Fleener. 11 Great-Grandchildren, a cousin who was us close as a brother Dr. Duane Barnett and wife Joan, a sister in-law Christine Irvin; many other relatives and host of friends.

Please click here to view the video tribute
To send flowers to the family in memory of Verlon Erwin, please visit our flower store.