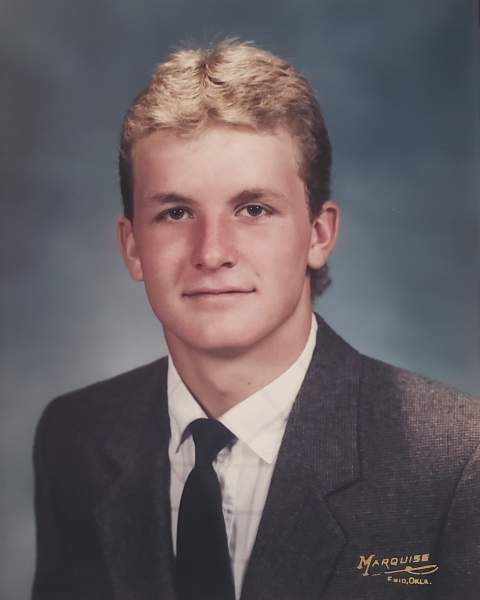 Trenton (Trent) Duane Dome was born on February 14, 1969, in Oklahoma City, Oklahoma as the oldest son of Ben and Debbie (Wyatt) Dome. Trenton (Trent) Duane Dome, 53, of Ashland, departed his earthly home on September 7, 2022, in Ashland, Kansas.    He graduated from Ashland High School in the class of 1987. While in high school Trent played football, basketball, and track. He was president of his Senior class and was inducted into the National Honor Society.

Trent worked for Johnson’s Garden Center in Wichita, many years for Bill Wilson Construction in Ashland, Whelan’s Lumber and Cornerstone Construction in Lawrence, and Mas-Tec installing fiber-optics which led to lots of travel that he enjoyed. He later worked for FedEx in Dodge City and then moved back to what he enjoyed most, self-employed construction. He most recently operated Red Hills Grill in Ashland, which used his many skills of construction, math for inventory, love of perfecting great food, and storytelling with customers.

Trent was truly one of a kind. He loved talking construction, history, genealogy, music, cooking, sports (especially his beloved Dallas Cowboys), and could out Trivial Pursuit anyone. His massive collection of useless facts made his ability to talk with anyone natural.

A private family celebration of life will be held.

Memorial contributions can be made to:

To send flowers to the family in memory of Trent Dome, please visit our flower store.