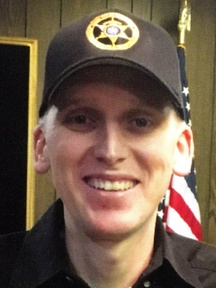 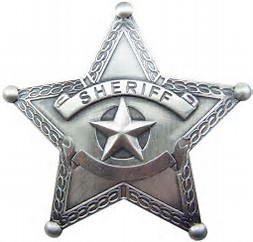 Tra William Snider was born April 29th 1984 in Buffalo, Oklahoma. He is the son of Joannie and Greg Snider. Tra was a lifelong resident of Buffalo, graduating from Buffalo High School in 2003 where he was a member of NWOJR. Tra's experience in law enforcement began at the age of 18 when he worked as a dispatcher for the Harper County Sheriff’s Office.  In 2004, Tra completed his CLEET (Council on Law Enforcement and Education Training) certification and began serving his community as a Harper County Deputy.  His hard work and perseverance paid off on January 2, 2017 when he was sworn in as Harper County Sheriff. Tra married the love of his life & soulmate on July 31, 2004. He was a loving & dedicated father to four girls - Caidence Ray (12), Paige Lee (9), Libby Kay (4) & Anny Dawn (4). Tra was known to leave Jacque little love notes around and had ultimate attentiveness to her and the girls. They never ever doubted his love for them. J and Tra had the perfect love story. One thing the two of them always said to one another was that not only did they love each other, but they really liked each other. They were best friends. They would both say with pride that they loved each other more than any other couple. In J's words, their marriage of 15 years matched anyone's of 70.  In 2014, he was diagnosed with synovial sarcoma, a deadly form of cancer. At that point, Tra experienced a wonderful outpouring of love & support from his community of Buffalo, Oklahoma. Tra fought a fight that most would have quit far sooner. In many ways, the severity of Tra's prognosis was ignored and he endured for those who loved him. With all of the travel required for treatment, coming home to Buffalo was a comfort to Tra. Hospital staffs from Boston to Houston admired the outpouring of help and care the Sniders received from Tra's family & community. Tra was the epitome of hard work, always willing to help anyone who needed it without even being asked. He was an exceptional son, father, husband, brother, friend and stranger. Ask anyone, you could tell the greatness of his character just by the strength in his handshake. It is so rare to actually meet someone who embodies what we all want to be, that person who would truly rather give than receive. Particularly in this time when we all seem to be so divided and petty, Tra stood above all that. When he did something for someone else you certainly wouldn't find out about it from him. This world would be a much better place if we put Tra on the pedestal he deserves (and would be completely embarrassed to be on) and all pledge to live our lives as he did. It is a testament to Tra's memory. Tra is survived by his wife, Jacquelyne Snider of Buffalo, parents Greg Snider and wife Joannie of Buffalo, daughters Caidence, Paige, Anny, and Libby, brothers Rian Snider and wife Michelle of Woodward, OK Garland Campbell and wife Cassie of Buffalo, with many nieces and nephews and countless friends.

To send flowers to the family in memory of Tra Snider, please visit our flower store.