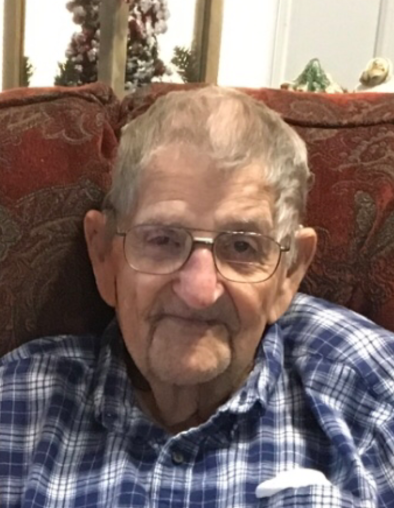 William Tipton Cullins, was born in Shawnee, Oklahoma, on September 9, 1927 to Robert & Mayflower (Only) Cullins. To all of his family and friends he was known as “Tip”. He grew up in Shawnee Oklahoma where he attended grade school and graduated from the Shawnee High School. Tip went to Neff’s Business College in Shawnee, where he earned his business degree. Tip served in the US Army and later the Army Air Corps from 1945 – 1948 before being Honorably Discharged. Tip married Thelma Jean Mitchell at the First Baptist Church of Buffalo Oklahoma on September 7, 1962. To this union they raised 4 children Ricky Lynn Cullins, Terry Wayne Cullins, Michael Cauffman, and daughter Kim Cullins. Tip worked with Mullenix Electric Co. in Shawnee and Ardmore climbing power lines. He then went to work for VG Electric Company for several years before he retired. Tip enjoyed fishing, reading a good book and time with family and friends. Tip was preceded in death by his parents; sons, Terry Cullins, Rick Cullins; Brother, James Cullins; Sister, Mary Nelson; nephew, Matthew Cullins; Grandson; Trevor Wayne Cullins. He is survived by his Wife Jean Cullins of the home, son Michael Cauffman, of Buffalo, Oklahoma, daughter Kim and husband Larry Miller of Ardmore, Oklahoma, 5 grandchildren, 3 Great Grandchildren, many nieces, nephews and other relatives and friends. Family suggest memorials to the First Baptist Church, Buffalo, Oklahoma.

To send flowers to the family in memory of "Tip" William Cullins, please visit our flower store.