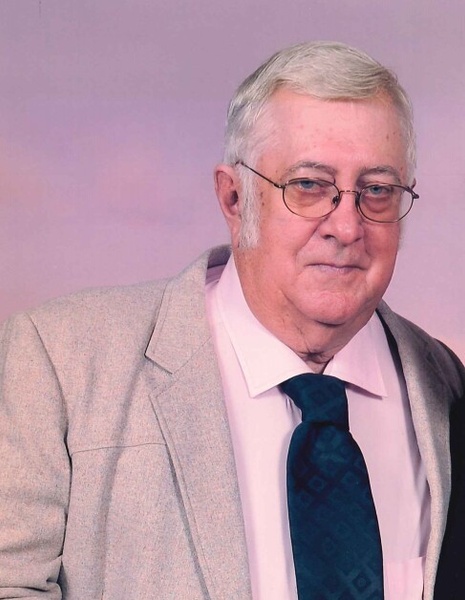 Theodore "James" Adkins was born December 8, 1938 to Theodore Roosevelt and Sarah Ann (Wheeler) Adkins of Selman, Oklahoma.  James started the first grade with his lifelong best friend David "Sonny" Wagner at Plainview Country School, before transferring to Selman, graduating in 1956.  James was an avid athlete, playing baseball and basketball.  James attended college at both Panhandle State University and Northwestern State University.  James took a summer job with his sister, Arnetta's husband in Mulvane, Kansas where he met the love of his life, Beverly Nadine (Walker) Adkins.  They were married on November 28, 1958. To this union 4 children were born, Curtis, Sheryl, Cindy, and Lynn.  James and Beverly made their home in the country near Selman, Oklahoma, where they farmed and ranched.  When he wasn't farming, he worked for the county and drove a school bus.  James took great pride in his children accomplishments. He never missed an event they were in and was honored to serve on many communities’ boards.  James was a member of the Zion Lutheran Church of Buffalo, Oklahoma.  James loved his church family and was honored to serve in the many roles of the church, whether it be an usher, elder, or president.  James lived to farm but loved to dance, but his favorite pastime was playing cards and games with his family and friends.  James loved his grandchildren and delighted them with reciting nursing rhymes from memory which they can still recite.  James was a quiet man with a great sense of humor.  James was a man you could pattern your life after. A true man who adored his wife, loved his family, and worshiped the Lord. James was preceded in death by his parents, sister, and son, Curtis.  James went to be with his Lord and Savior on Wednesday, November 11, 2020 at the age of 81 years, and 11 months at the Corn Heritage Village, after a lengthy illness of Parkinson Disease.  James is survived by his wife, Beverly who resides in the Corn Heritage Village, Sheryl White and husband Scott of Edmond, Oklahoma, Cindy Penner and husband Roger of Weatherford, Oklahoma, Lynn Soliday of Naples, Florida; grandchildren Vanessa(Soliday) and Dan Lindeman, Sara (White) and Dave Cox, Stephany (White) and Matt Lively, Cody Penner and Randi, Jared Penner, Cassie Adkins; great grandchildren Vance, Deacon, Divya Lindeman, Anniston and Adley Lively, Penelope Penner; two brothers, nieces and nephews, family and friends.

To send flowers to the family in memory of Theodore Adkins, please visit our flower store.