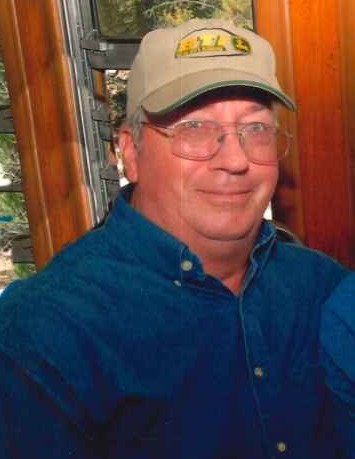 
Terrance "Terry" Lynn Booth was born on July 12,1951 in Augusta, Kansas to Judson Milford and Wilma Maxine (Lacey) Booth.  Terry's family moved to Casper Wyoming when he was 5 years old and Terry attended the public schools in Casper.  He graduated from Natrona County High School in Casper Wyoming with the class of 1970.  Terry worked at a lumber yard in Casper.  He married Jeannie Jaure in 1970 and they had 1 daughter, Elizabeth Ann.  Terry and Jeannie divorced in 1974.  Then, Terry went to work for ATCO Drilling co, working oilfield in Wyoming, and this job it kept him moving to many different places in Wyoming and Colorado.  Terry and Aleta Chris Booth was united in marriage November 14th, 1980 in Elco Nevada.   Due to the work in the oilfield shutting down, Terry and Chris moved to Manning Ks in 1981.  Terry worked as a feed truck driver for Lane Co. Feeders, Dighton KS for 15 years.  After Chris finished her Physical Therapist Assistant program, Terry and Chris moved to Ashland Ks in 1998.  Terry worked with Russ Hensley Construction as a carpenter for 17 years in Ashland, and then he retired.  Terry's hobbies were coin collecting, camping and fishing. And He loved to go to a good auction to see what treasurers he could buy.  Terry left his earthly home at the Ashland Health Center at the age of 70.   Terry's survivors are, Aleta Chris of the home, daughter Elizabeth (Lisa) McPherson and husband Roger, Casper Wyo.  step-son Conan Taylor and wife Glenda, Winter Garden Florida, step-daughter Sierra Schafer and husband Brian, Las Vegas Nevada, and step-daughter Kelsey Taylor, Dighton Ks, a brother Carl Booth, a sister Pam Muir and husband Louis, 12 grandchildren and 3 great-grandchildren.  He was preceded in death by his parents, and one brother Dennis Booth of Casper Wyoming.
There will be no funeral services as per his wishes, and after cremation he will be taken to Casper Wyoming to be with his family.
The Family has suggested no flowers or plants, but in Terry's name donations may be made to the Ashland EMS.

To send flowers to the family in memory of Terry Booth, please visit our flower store.