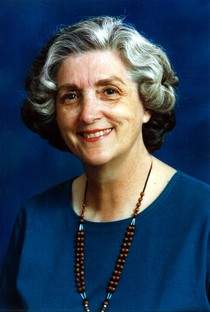 Ruth Lorenson, 81, passed away peacefully at the Life Care Center of Greeley on January 1, 2015. She was born in Arnett, OK to John and Alice Harris.

Ruth grew up in various communities in the Oklahoma and Texas panhandles enduring dust bowl hardships that amalgamated into ever-strengthening family and community bonds. She graduated high school in Buffalo, OK and then worked as a dental assistant prior to attending and graduating in the nursing program at Oklahoma University in Oklahoma City, OK. She took a position at the VA hospital in Denver, CO where she held positions of leadership and worked on the first organ transplant team in Colorado.

Education and community service were important parts to Ruth’s life. She continued her education to earn a BS in nursing from the University of Colorado, a Masters of Vocational Education that culminated in 1986 with a Doctorate of Administrative Education from the University of Northern Colorado. She joined the staff at Aims Community College in 1971 where she developed and taught a well-respected program in health occupations and received many awards and recognitions before she retired in 1997. Ruth left a legacy of former students who regularly kept in touch with her and were grateful for the education and friendship she offered freely. Ruth was active in other organizations that promoted education in her community, in this capacity she serves as the president of the Centennial Area Health Education Center (CAHEC) in 1982 – 1983 and was an active member in the League of Women Voters.

During her early years in Denver, Ruth met, dated, and married her husband of 58 years, Burman H. Lorenson on March 3, 1956. Early on, Ruth and Burman raised a family of 3 children in addition to their active careers. In later years Ruth enjoyed traveling with Burman in the USA and Europe often in search of family and geneologic records, a notable lifetime pursuit of Ruth’s. In 1976, Ruth initiated the regular and much-anticipated Harris family reunions and enjoyed revitalizing ties with all. Ruth also made frequent visits to to the annual alumni celebrations in Buffalo, OK to visit with her former schoolmates and family.

Ruth is survived by her husband Burman Lorenson and their 3 children, Jennifer Woolley of Colorado Springs, CO, Tom Lorenson of Soquel, California and Eric Lorenson and his wife Kim of Greeley. She is also survived by her 3 siblings and their spouses; Howard Harris and wife Mabel of Arizona, H.V (Bud) Harris and wife Anita of Nevada, and Wilma Wilkinson and husband Keith of Oklahoma. Surviving grandchildren are Jessica Woolley, David Woolley, Miranda Hansen, Aren Lorenson, Alexander Lorenson, Aubrey Persons, Austin Persons, and April Persons. Great-grandchildren include Kira Murphy, Noah Murphy, and Dakine Persons.

A celebration of Life Service will be held at Adamson Chapel Greeley, CO. at 1:30 p.m. on Thursday, January 22, 2015. Celebration of Life Services will also be held at the First Baptist Church in Buffalo, OK at 1:30 p.m. on Saturday, January 24, 2015 with interment following at High Point Cemetery, under the direction of Wilkinson Funeral Service Buffalo, Oklahoma.

In lieu of flowers, memorial contributions can be made to the Dr. Ruth Lorenson Endowment at Aims Community College, PO Box 69, Greeley, CO  80632, online at Julie.buderus@aims.edu , or at Northern Colorado Crematory, 700 8 th Street, Greeley, CO  80631.

To send flowers to the family in memory of Ruth Lorenson, please visit our flower store.