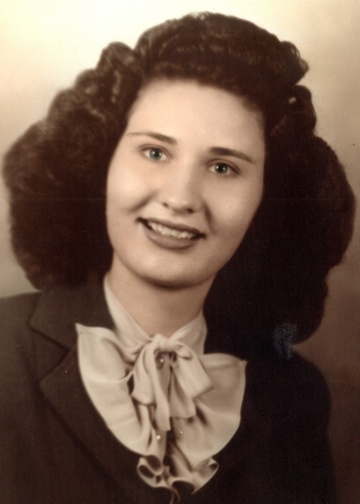 Ruth Elner (Stinson) Berends was the second child born to Orval & Heike (Luinstra) Stinson on December 16, 1927 near Rosston, Oklahoma. Ruth passed from this life on January 3, 2018 at the Shattuck Nursing Center in Shattuck, Oklahoma. She was 90 years old. Ruth attended Rosston schools and graduated in 1947 Salutatorian of her class. She then went to Northwestern State College and received a 60 hour teaching certificate. She began her teaching career at Englewood schools. While there, one of Ruth’s sixth grade students encouraged Ruth to notice her big brother, the soldier in town who had returned from World War II. A chance meeting at the local ballgame began a beautiful relationship with Ruth and Coy E Berends. They would be united in marriage on August 6, 1950. In 1955, they would purchase their home place that is still the family farm. The absolute joy of Ruth’s life was born on March 28, 1955. Coy Jerome entered the world and never left the position of most beloved son in Ruth’s eyes. After he was born, Ruth chose to be mother, homemaker, chief cook and farmer’s wife. Once Coy J was in school, Ruth decided she wanted to complete her education at that time. By cleaning house for her grandmother, she earned enough money to pay for gas to drive back and forth to Alva at least three days per week. Not only did she complete her Bachelor’s degree, she also went on to get her Master of Education in 1972. Ruth was the first in her family to graduate high school, the first to receive her bachelor degree and the first the family to earn her Master’s degree. Ruth’s first love was her Lord and Savior, Jesus Christ. Second only to her family, was the love she felt for teaching. Teaching was truly a calling that she embraced whole heartedly. She was a pioneer in her field and embraced any challenge sent her way. She was instrumental in developing the Buffalo Reading Improvement Program which opened the door for many opportunities for her students. Her students were consistently listed on the Principal’s and Superintendent’s Honor Rolls. Three students even earned the distinction of being Salutatorian of their class. Due to her battling cancer and to Coy E’s failing health, Ruth retired in 1987. She spent the next five years caring for Coy E, traveling with him and never missed an event of her favorite grandchildren. After Coy E passed away, her gift of caring for others was extended to her Mother as well. Ruth was an active member of the Gate Friends Church and the Laverne Assembly of God Church. She loved participating in the women’s ministries and truly was honored to be able to help organize many funeral dinners. Ruth also loved family reunions and spent many hours every summer making cinnamon rolls, pies, homemade jelly and fried bread for these events. Ruth’s last years have been spent at Parkview Point Senior Living and Shattuck Nursing Center. The care and compassion she received from these facilities were truly a blessing to her and her family. She is survived by her beloved son, Coy J and his wife, Willa of Knowles, granddaughter, Cynthia Bentley and husband, Ty of Laverne, grandson, Coy Charles Berends and his wife, Jenny of Shattuck, eight great grandchildren, brother, Ray O Stinson and his wife, Jetta of Wichita, Kansas, sisters, Effie Misak of Attica, Kansas, Marie Turner and Leatha Boston of Buffalo, many nieces and nephews, other family and friends. She is preceded in death by her parents Orval and Heike Stinson, her husband, Coy E Berends, and brothers, Lesley and Joe Stinson. The family would like to thank the Gate and Knowles communities for the wonderful dinner and for the support and love we have received during this time. Memorials may be made to the Gate Funeral Committee, c/o Betty Long, Rt 1 Box 150, Gate, OK. 73844.

Please click here to view the video tribute
To send flowers to the family in memory of Ruth Berends, please visit our flower store.