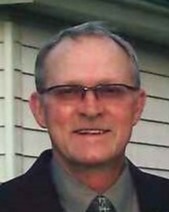 Roy Wade Cook, JR., the youngest of the 5 Cook children was born on January 28, 1949 in Mooreland, Oklahoma to Wade & Wilma Eunice (Bennett) Cook.

Roy attended Selman schools and graduated with the class of 1967.  Roy continued his education by attending Oklahoma State University, receiving his Bachelor of Science in Agriculture Education in 1971.  After graduating from OSU, Roy briefly taught Ag at West Point, Nebraska.  Roy then returned to Stillwater, Oklahoma to work as a welder where he worked on the I-35 Turnpike.  In September of 1973, he joined the Army reserves where he did his basic training at Fort Polk, Louisana.  Roy was in Company C 5th Batalion from 1973-1975.  After basic training, he returned to Selman to farm & ranch with his Dad, Wade.  Roy founded & operated DORACO Cattle Company in 1991.  After selling DORACO in 2007, Roy then went to work for the USDA Natural Resources Conservation Service.  He retired from NRCS in January 2019.

In 1971, Roy was blessed with the birth of his daughter, Kimberly Marie.  Kimberly blessed him with two wonderful granddaughters, Kaimi Faith & Brooklyn Kay.  In recent years, Kaimi blessed him with his two great-grandchildren, Holden & Kimberlyn.  His daughter, granddaughters & great-grandchildren were the absolute lights of his life & he cherished every moment he was able to spend with them.

Roy married the love of his life, Ronda Sue Rogers on June 4, 2011 at the Cook Family farm.  After retirement, Roy & Ronda had the most fun spending time with their families!  They loved traveling to Enid to see their granddaughters & great-grandchildren; flying to Massachusetts to see their kids & granddaughters; & making a quick trip to see their kids in Texas.  They enjoyed spending time with each other on the farm.  Roy's hobbies were watching westerns, reading, playing guitar & he loved playing solitaire on his computer!

Roy is proceeded in death by his parents, Wade & Wilma Cook; his daughter, Kimberly; his brother, Bill;

Roy will be missed by all that knew him.  In lieu of flowers, the family suggests donations be made to the Buffalo Fire Department, PO Box 280, Buffalo, OK 73834.

To send flowers to the family in memory of Roy Cook, please visit our flower store.