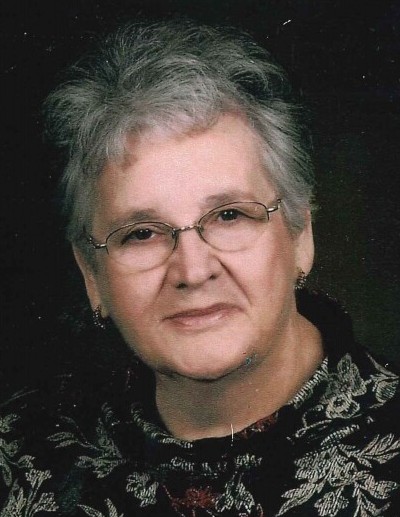 Rosetta Mae (Lauer) Stoddard was born on October 11, 1939 in Buffalo, Oklahoma to parents Lenny V. (Smith) & Delbert H. Lauer.  She was the middle of three children.  She grew up on the family farm and went to Buffalo Schools.  In 1949 she moved with her family to Hot Springs, NM, later named Truth or Consequences, where her family owned and operated a motel.  Rose went to school in TorC meeting lifelong friends and having many adventures with them. In 1956, she met the love of her life, Bud.  They began dating for a while, then was engaged on July 4, 1956, and then married on July, 29 1956 at the First Baptist Church in Truth or Consequences, New Mexico.  Thanks to Uncle Sam, a less than perfect honeymoon was planned as Bud headed off to Goose Bay Labrador on the 31st of July.  Bud and Rose were transferred to Davis-Mothan Air Force Base in Tucson, Arizona for one year.  That would be one of many different places the couple would call home.   While Bud was sent to Rabat, Morocco Rose went back to Truth or Consequences to await her husband’s return from deployment.  When Bud returned, they were sent to Greenville, South Carolina until 1962, where she then went to Savannah, Georgia. Rose was then sent to Chanute, Illinois, then Roswell, New Mexico, then Cheyenne, Wyoming.   Bud received orders to Viet Nam for one year and Rose stayed home.  Rose did go over to Hawaii for what was a long overdue honeymoon.  Shortly after that they moved to Ft. Worth, Texas.  Finally, after 17 years of marriage Rose gave birth to their first and only son, Shawn. Bud retired from the Air Force and they made the long journey of two blocks away from base.  Rose was a housewife until they moved to their permanent home in Buffalo, Oklahoma in 1984 where Rose cared for her grandmother, Olive Lauer.  Rose then later opened her business, “Occasion’s by Rose” where she did floral designs, catering, and Tuxedo Rentals. Rose not only enjoyed traveling with her son, Shawn to band competitions and footballs games during his high school years, but she also enjoyed visiting him as he, like his father traveled with the United States Air Force. In 2000 Crystal Dawn joined her family as her and Shawn were married and settled in Buffalo. Her greatest adventure then was her first beautiful granddaughter Alexis, and then a second beautiful granddaughter, Alana.  Rose made it her personal goal to be wrapped around the tiny fingers of her granddaughters and let everyone know just how precious they were. In 2013 she lost her lifelong partner of 57 years. She remained in Buffalo slowing down on the catering, but ramping up full speed on the grandma gig. Rose left this life on August 26, 2020 at Select Specialty Hospital in Oklahoma City. She is proceeded in death by her soul mate, Bud parents, both siblings Linda White and Katherine Lauer, and niece Becky White. She leaves as her survivor’s son Shawn and wife Crystal Stoddard; grand daughters Alexis and Alana Stoddard all of Buffalo Oklahoma; nephew Chester and wife Tammy White of Galena Alaska; claimed son Josh and wife Amy Snider; and their children Caroline and Cade of Laverne; and many, many cousins and host of amazing friends.

To send flowers to the family in memory of Rose Stoddard, please visit our flower store.