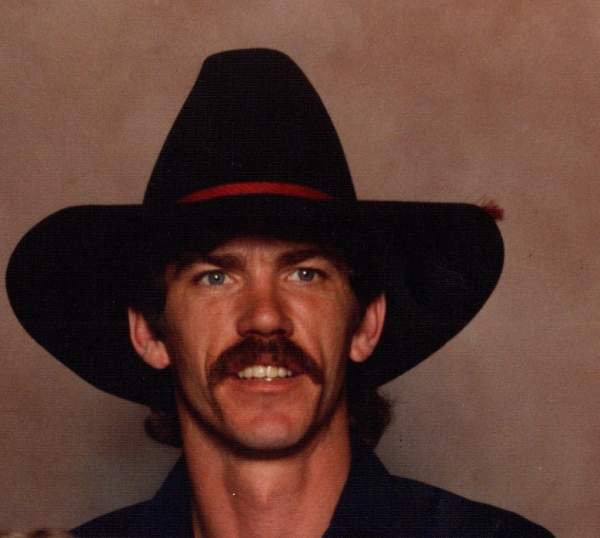 Ronnie John Kraus was born February 12, 1959 at 1:21 PM in California.  Ronnie completed his journey on November 26, 2016 at 10:44 PM at the age of 57.   Kenneth and Wilma (Waugh) Kraus of Rosston, Oklahoma drove to the Indian Orphanage in Oroville, California.  They chose Ronnie and his twin brother Rickey to take home.  They were good and loving parents.  They raised their twin boys on the farm.  When the boys were 6 years old they returned to the orphanage and chose them a baby sister, Joy Lurene Kraus.  The boys found plenty of mischief being raised in the country.  They once gave their Dad a can full of worms.  They were very proud of finding so much fish bait.  They gave Kenneth this gift as they were driving home after working in the fields all day.  Imagine the surprise when their Dad opened a can full of baby rattlers.  Thank goodness Kenneth had them wearing thick work gloves.  Joy remembers always following her big brother around. Smashing his dirt cities and driving him crazy.  Although she was the annoying little sister, Ronnie always watched out for her. Joy once made a bunch of long distance calls from college, she was afraid of being in trouble with her mom.  Ronnie said he'd take care of it.  To this day their mother never found out about those calls.  Kenneth was a farmer and master carpenter.  He passed these skills on to his children instilling in Ronnie a love for working with his hands.  Ronnie grew to be a great carpenter and an awesome mechanic.  He was able to design and build anything he put his mind to.  Ronnie had a deep love for the simple life and enjoyed working with horses and cattle. Ronnie greatest passion was cars.  He could turn any wrench and took pride in his mechanical abilities.  He watched the races every chance he had always cheering for Jeff Gordon.  During his younger days he raced derby cars and the dirt tracks.  June 25, 1977 Ronnie wed Tamme Lynn Buss, to this union three children were born, Shannon Rae Michelle Kraus, born on Mother’s Day.  Exactly one year and one day later, they were blessed with a son Ronnie John Kraus Jr., two years passed and they enjoyed the birth of a second daughter Jammie Marrie Kraus.  Later in life Ronnie wed a second wife Barbara June Goodwin on May 5th 1984.  To this union 2 sons were born Randy Lee Kraus came into this world, four years later Ryan Ray Kraus was welcomed into the family.  Ronnie was a cowboy with a free spirit that no woman could tame, though he found beauty and love in everyone who shared his heart.  Kenneth and Wilma loved their children so much that Ronnie never realized he was adopted, thought they never hid this fact.  Ronnie was in high school and a buddy brought it to his attention. Ronnie mother answered honestly and reminded him that they never hid it, in his own eyes and heart chose not to see it.  None the less Ronnie began to wonder about his biological family.  After 33 years of separation he and his twin were reunited with their brother, Dawayne Neeley, Buck Wigley, and KD Dobbins.  He even learned one of them were responsible for breaking his arm during a football game.  Ronnie was a man of strength, he spent his life as a hard worker and he spent his last year as a hard fighter.  His children knew him to be slow to anger and quick to forgive.  He taught each of them the joys of life and to always let go of anger. Ronnie was preceded in death by one sister, Elizabeth Kraus, two children Ronnie and Shannan Kraus as well a grandson Austin, his parents, Kenneth and Wilma Kraus, and 1 older brother Dawayne Neeley.  Ronnie leaves as his survivors, children one daughter Jammie, two sons Randy and Ryan, three brothers, Rickey Kraus, Buck Wigley, and KD Dobbins, one sister Joy Berends, and eleven Grandchildren many other family members, and a host of friends.  Ronnie is a legend that will be missed.

Please click here to view the video tribute
To send flowers to the family in memory of Ronnie Kraus, please visit our flower store.