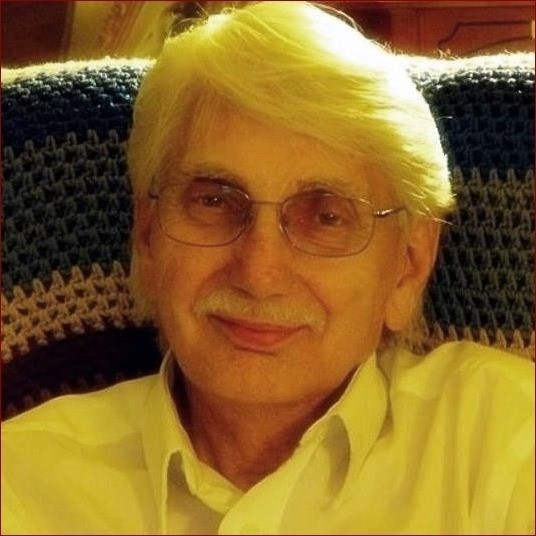 Ronald Frederick Boid left this earth to explore the universe on October 29, 2020 at the age of 84. Despite a prolonged illness, Ron kept busy taking pictures of nature in all its forms – clouds, sunrises and sunsets, his beloved zinnias, butterflies, stars, planets, comets and anything astronomical.

He was born April 22, 1936 in the family home in Wickersley, England and attended school there. After schooling, he drove a lorry about mid-Yorkshire. He loved the English countryside. As a young lad, and well into his golden years, he built model airplanes by the dozens. He built telescopes by hand, grinding each lens tirelessly for months. His claim to fame was a rather unusual telescope made from a bowling ball. He never went anywhere without his camera.

In 1974, Ron emigrated to the United States to attend college at Ft. Hays State College in Hays, Kansas where he earned a bachelor’s degree in education. He accepted his first job offer to teach in Osborne, Kansas where he taught for 20 years before retiring.   He loved his years teaching 5th and 6th grade science, and his students and fellow teachers loved him, as well.  He kept in touch with hundreds of them via his favorite indoor pastime – Facebook.  What a world the computer opened up for him!

After his retirement from teaching he moved to Weslaco, Texas to be near his sister and remained active in RC plane competitions and astronomy clubs. In 2005, ill health necessitated a move to Buffalo to be near family, and he loved living in small town Oklahoma. He spent many Saturday nights at the Selman Observatory giving advice and instruction on the stars and planets to groups of people of all ages. He was a dedicated member of Starcreek.org, a group of hobby astronomists from this area of Oklahoma.

He was preceded in death by his parents, George Boid and Mary (Walton) Boid; brothers Harry Boid, Allen Boid, Eric Boid all of England; and his sister Mavis (Boid) George of Buffalo. Ron leaves nieces and nephews, Bill George and Becky of Buffalo, OK, Ann Massie and Curt of Los Angeles, CA,  Dory Thedford and Clay of Ft. Wort, TX, Clive Boid and Susan of Portugal, and Peter Boid and Marilyn of England; many great nieces and nephews, friends, and fellow astronomers. His beloved companion, Chewli, is living with a friend who stepped up to provide a good home for him.

One rarely saw Ron without his tam, or without his Boid tartan scarf, even in the summer. He was the epitome of a quiet, reserved British gentleman. He was ever the teacher and was most animated in a group of people who came to learn about stars or planes or flowers.

To send flowers to the family in memory of Ronald Boid, please visit our flower store.