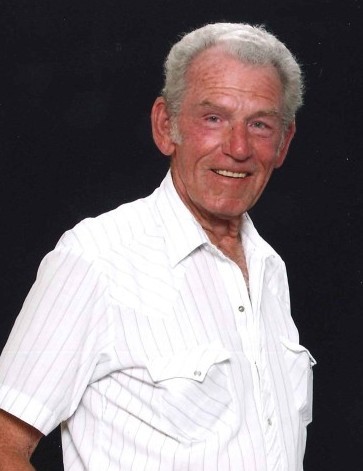 Roger Glenn Stafford was born on October 6, 1940.  He grew up in the Tecumseh/Wanette, Oklahoma area with his father, mother, two brothers and four sisters.  He met his wife, Jacqueline (Jackie) K Smith in Buffalo, Oklahoma. They were married on May 25, 1963 in Clayton, New Mexico.  They were married 56 years.  They have two daughters: Deborah (Debbie) Leigh and LuCinda (Cindy) Lynn.  The family lived in Buffalo, Oklahoma for several years where Roger worked in the oil field.  When the oil field work slowed down, Roger moved his family to Moore, Oklahoma.  He worked for Associated Milk Producers Inc. driving milk tanker. Several years later when the oil field boomed resume, Roger and his family moved to Woodward, Oklahoma and then to Rock Springs, Wyoming.  In 1983 Roger and Jackie moved back to Oklahoma City, Oklahoma.  Roger then went back to driving a truck across the country. Jackie would sometimes travel with Roger on his trips across the country.  Most of Rogers retirement years were spent working with a close, longtime friend and his sons demolition company as a truck driver. The Mason family was very good to Roger over the years, even as his health was failing.  They allowed him to run parts pickup for them.  Roger worked up until about 4 weeks before he passed away. Roger left his earthly home on June 15, 2019 in his home with his family by his side, after a short battle with lung cancer.  Most of his life if someone asked Roger how he felt, his response would be- with a grin on his face, “With my fingers.” And Roger was quick to help others when needed. Roger leaves many family members and friends that will forever miss him. Roger is survived by his wife, Jackie; daughters, Debbie Taylor and husband Steve of Laverne, Oklahoma, and Cindy Coburn of Oklahoma City, Oklahoma;   5 Grandchildren, David Coburn of Woodward, Oklahoma, Venessa Taylor of Yukon, Oklahoma, Whitney Taylor and Julie Gonsher of Moore, Oklahoma, Angela Coburn and Cody Schmidt of Prescott Valley, Arizona and Cassidy Taylor of Laverne, Oklahoma;  9 Great Grandchildren, TJ, Alexia, Haylee, Addison, Liam, Amelia, Cody, Jensen, and Olivia as well as many nieces, nephews, sister in law, brother in law, The Mason family, close friend and neighbor, James.

To send flowers to the family in memory of Roger Stafford, please visit our flower store.