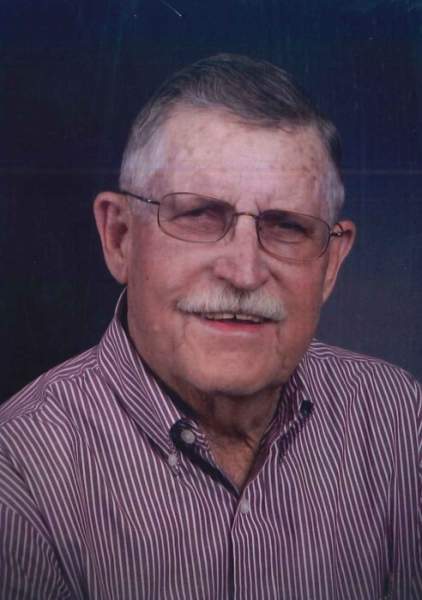 Robert (Bob) Gates was born on the family farm NE of Hazelton, Kansas on January 31, 1932 to Eugene and Jamima (Garlow) Gates.  Bob was fifth of nine children.  Bob attended grade school through fourth grade at Sand Creek School located 2 1/2 miles NE of his home.  Bob graduated from Hazelton High School in 1950.  Bob attended Northwestern State University at Alva, Oklahoma, where he served on the Northwestern Livestock Judging Team.  Bob met his future wife, Dorothy Lipsey, at a dance while they both attended Northwestern.  Bob and Dorothy were married in 1953 and to this union 4 children were born: Steve, twins Dale and Diane, and Joy.  Bob and Dorothy say their marriage of 68 years was full of love and respect for each other.  Bob was drafted into the U. S. Army for 2 years, 1955-1957.  After basics and mechanic school, he served as a vehicle maintenance spot checker until his discharge in 1957.  After Bob was discharged, they moved to the Lipsey-Odell Ranch south of Buffalo, Oklahoma.  Bob worked part time as a carpenter for Waldo Garnett, until he slowly got started in the cattle business.  Bob was very devoted to upgrading the ranch.  Bob’s latest project was controlling cedar trees and rebuilding fence after the fire of March 6, 2017.  Bob was an active member of the United Methodist Church of Buffalo, Oklahoma.  He served on various boards and committees over the years.  Bob was a member of Northwest Cattleman's and Oklahoma Cattleman's Association.  Bob served on the Harper County Fair Board for 25 years.  The family enjoyed fishing and horse-back riding.  Bob and Dorothy took RV Trips to several places across the United States.  Being home with his family was Bob's greatest joy.  Bob was preceded in death by 3 brothers, 2 sisters, and his parents.  Bob went to be with his Heavenly Father on May 19, 2021, at his home with his family.  Bob is survived by his wife, Dorothy Gates, of the home; Steve and Mary Gates of Oklahoma City; Dale and Juanita Gates of Enid, Oklahoma; Diane Appleton and Fred Fernandez of Wichita, Kansas; Joy and Larry Jeffers of Oklahoma City; 11 grandkids; numerous great grandkids; one brother; two sisters; nieces; nephews; other family and friends.

To send flowers to the family in memory of Robert Gates, please visit our flower store.