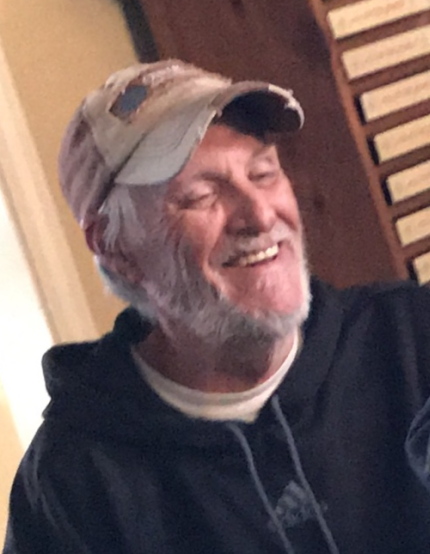 Ricky Lynn Cullins was born September 18, 1954 in Liberal, Kansas.  Rick graduated from Ardmore High School in Ardmore, Oklahoma in 1972.  Rick started his working career at the First National Bank in Ardmore, Oklahoma as a computer operator in May of 1972.  In May of 1975 Rick joined the United States Air Force and proceeded to Lackland Air Force Base in San Antonio, Texas for basic training.  In July of 1975, he was assigned to computer training school at the Quantico Marine Base in Quantico, Virginia.  In August of 1975, Rick was stationed at the Buckley Air National Guard Base in Aurora, Colorado.  That duty assignment included monitoring missile launches all over the world through the use of heat sensing satellites.  He also monitored the location of all Russian submarines throughout the world.  In May of 1977, Rick was transferred to Wiesbaden, Germany working for the 497th Reconnaissance Wing.  This duty assignment was classified and required a top secret security clearance.  This job was to interpret satellite photographs for targeting information.  In August 1978, Rick was transferred to Ramstein Air Force Base conducting the same type of duties.  In May of 1979, he was transferred to Arlington, Virginia to work for the Defense Intelligence Agency (DIA).  This job also required a top secret security clearance where the same type of satellite information was processed.  In May of 1983, he was transferred to Gunther Air Force Base in Montgomery, Alabama.  This assignment was with the Air Force Data Systems Design Center where their mission was to design the software for all computers used throughout the Air force.  They also were involved in the conception of the B1 Bomber and the logistics surrounding that project.  In December of 1987, Rick was discharged under honorable conditions in Montgomery, Alabama.  Honors received during service in the Air Force include the Joint Service Commendation Medal, Air Force Outstanding Unit Award with one oak leaf cluster, Air Force Good Conduct Medal with three oak leaf cluster, Air Force Overseas Service Long Tour Ribbon, Air Force Longevity Ribbon with two oak leaf cluster, Air Force Professional Military Education Graduate Ribbon, Air Force Small Arms Expert Ribbon, and the Air Force Training Ribbon.  The Air Force Missileman Badge was also awarded during assignment to the Buckley Air National Guard Base in Colorado.  After discharging from the Air Force in December 1987, Rick started working as a computer supervisor for the First Financial Management Corporation in Montgomery, Alabama until September 1989.  Rick moved back to Buffalo, Oklahoma and started working at William S. Key Correctional Center in January 1990 as a correctional officer.  In July 1991 Rick was promoted to the rank of sergeant, in July 1994, was promoted to the position of training officer.  In December 1997, he was promoted to the position of procedures officer.  Rick met Trevis in 1994 and they were married in October 31, 2000 in Buffalo, Oklahoma.  In September 01, 2010 Rick retired from Department of Corrections.  After retiring Rick went to work for DRY Fab in Buffalo, until retiring from work completely.  Rick was preceded in death by his son Perry McVicker and Brother Terry Cullins.  Rick left his earthly home on December 8, 2018, with family by his bed side.  Rick is survived by wife, Trevis; daughter, Shelly Palumbo and Michael of Sachse, Texas; granddaughter, Courtney Coffin and Jerry of Woodward, Oklahoma; Kimberly Canfield and Calvin Jordan of Buffalo, Oklahoma; Josey Mussman of Sachse, Texas, Jessika Palumbo of Garland, Texas; grandsons, Phillip Palumbo of Wylie, Texas; Matthew Palumbo of Garland, Texas; 5 great grandson, Eric, Ian, Brayden, Tucker, Teagan; 1 great granddaughter Westlynn, brother-in-law RF Harper and Karla of Buffalo, Oklahoma; sister-in-law Medrith Isenbart and Kevin of Woodward, Oklahoma; parents Tip Cullins and Jean of Buffalo, Oklahoma; brother Michael Cauffman of Buffalo, Oklahoma; sister, Kim Miller of Ardmore, Oklahoma; Uncles, Aunts, Cousins, Nieces, Nephews, other family, and many friends.

To send flowers to the family in memory of Rick Cullins, please visit our flower store.