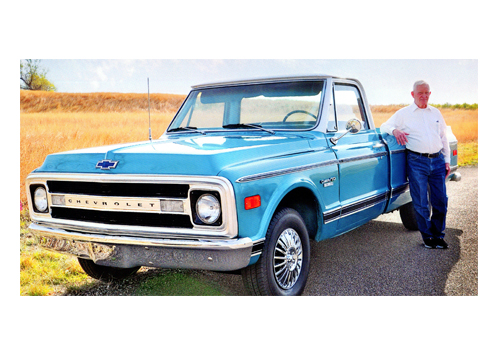 Rosey Lee “Red” Williamson was born May 3, 1925 in Purvis, Mississippi to Thomas Luther & Rosa Lee (Carter) Williamson.  Red enlisted in the Navy and began active service in September 1943 to February 1946, his tour took him to several places, Newport, Rhode Island, Washington D.C., and Camp Wallace, Texas, he was Honorably Discharged in February 1946.  Following his discharge from the Navy he enlisted in the National Guard and was then called to active duty in 1948.  He served 4 years in the Army then Honorably Discharged in June 1952.  Red then came to Kansas in 1953 and began working in the oilfield, a year after his arrival to Kansas, he met and married Martha Jane Pentz on June 19, 1954.  During this time he went into a partnership and operated a roustabout company.  In 1958 he sold the business and started working for Northern Natural Gas until his retirement in 1983.  After his retirement he remained active by driving a school bus route for about 10 years and returned to Northern Natural Gas doing contract work for 3 years.  Red was preceded in death by his parents Thomas and Rosa Lee Williamson, three brothers; Garvin Williamson, Ernest Williamson and T.L. Williamson, five sisters; Juanita Herron, DeLois Pearson, Edwina Foster, Jewel Cawthorn and Nan Shields.  Red went to be with his Lord and Savior on February 18, 2017 at his home in Ashland, Kansas.  Red is survived by his wife Martha of the home, two daughters; Marla Tournade and husband Rusty of Eudora, Kansas, Carla Filson and husband Kendal of Protection, Kansas; 4 Grandchildren; 5 Great Grandchildren, other relatives, and many friends.  Red will be missed greatly by all his family and friends. In Lieu of flowers family suggest memorials to Samaritans Purse, PO Box 3000, Boone, NC  28607 and First Christian Church 507 Highland Street, Ashland, Kansas.

Please click here to view the video tribute
To send flowers to the family in memory of "Red" RL Williamson, please visit our flower store.