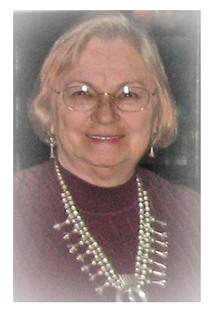 Phyllis M. Riley Chatterton was born September 1, 1937 in Pratt, Kansas, on her parent’s 17 th wedding anniversary.  She was the 3 rd child and only daughter of Jesse and Glatha Nossaman Riley.  Her brothers were Paul Hazen Riley, of Norman, OK, who was born June 8, 1921, died August 9, 2014 and Loris Ersil Riley, who was still born in October 1922.  Both Paul and Loris were born in Buffalo, Oklahoma.  She is predeceased by her brothers, and her parents.

At the age of two, Phyllis was given every child’s dream, a pony for Christmas.  The pony was the start of a lifelong adventure of owning and showing Arabian horses for twenty-eight years.  She shared this joy with her daughter, Crystal.  Phyllis also raised and showed Wirehair Dachshunds and German Shorthaired Pointers.  She was owned by many other four legged family members as well, and is survived by two cats, Mia and Rusty, AKA “Hell on Wheels”.

Phyllis was a freelance artist (she sold her first work of art at the age of four.)  She illustrated two books.  Her art also won many awards in stain glass, window displays, making costumes for both Arabian horses and their riders.  Quilting was one of her favorite projects, having designed and completed over 100 quilts.  One of her artistic joys was designing an award winning float for Fridays’ Council Tree Chapter, NSDAR (Daughters of the American Revolution) and providing over 10,000 American flags passed out to bystanders at the Windsor, Colorado Harvest Festival Parades.   Phyllis moved 31 times since 1960.  Twenty eight of those moves were with her 1 st husband, Arnold Evans.  They spent three years as civilians in Germany.  During her years in Germany she filled her time doing art and window displays for local businesses.

Arnold Evans and Phyllis have one daughter, Crystal Glatha Evans Trowbridge who is married to, Cary Trowbridge of Overland Park, Kansas.  The Trowbridges have one daughter, Riley Trowbridge of Overland Park, Kansas. While in Germany, Phyllis met her 2 nd husband, John Chatterton and in 1998 they were married in Wichita, Kansas in a very special barn.  The remodeled barn was part of a beautiful Christmas Tree Farm.  John and Phyllis have traveled extensively to the East coast, West coast, Alaska, Canada.  They enjoyed all forms of travel, planes, trains, automobiles, and boats. She volunteered in many associations as she moved across the United States.  Seven of those years were with the Kansas Humane Society.  She did a TV show on Channel 10 in Wichita, Kansas.  She designed booths for Arabian horse shows and dog shows.  She presented talks and programs to schools about humane care and kindness to animals.  She was a member and officer in the Wellington Colorado Volunteer Fire Department Auxiliary.  Phyllis was a member of Friday’s Council Tree Chapter, NSDAR through her ancestor Stephen Merritt who served from North Carolina.

Phyllis is the fourth Riley generation to be buried in Highland Cemetery, in Ashland, Kansas.  She joins her parents, Jesse and Glatha Nossaman Riley; her grandparents, Charles and Melissa Lowery Couch Riley; her great grandparents, James Hall Riley and Cassandra Morris Riley; and other Nossaman relatives.  Her graveside service at Highland Cemetery will be held at “noon sharp” on Monday, December 7, 2015. You will need to be there to find out the significance of the time.   A visitation will be held on Tuesday, December 2, 2015 and Wednesday, December 3, 2015 from 12:00 p.m. to 6:00 p.m. at Allnutt Drake Chapel, Fort Collins, Colorado. The family will be present from 4:00 – 6:00 p.m. each day.   In lieu of flowers please make a donation in her name to an animal rescue organization or animal shelter of your choice. Please visit Phyllis’ online memorial at www.allnutt.com .

Graveside Service will be held 12:00 noon Monday December 7, 2015 at Highland Cemetery Ashland, Kansas, under the direction of Wilkinson Funeral Service.

To send flowers to the family in memory of Phyllis Chatterton, please visit our flower store.