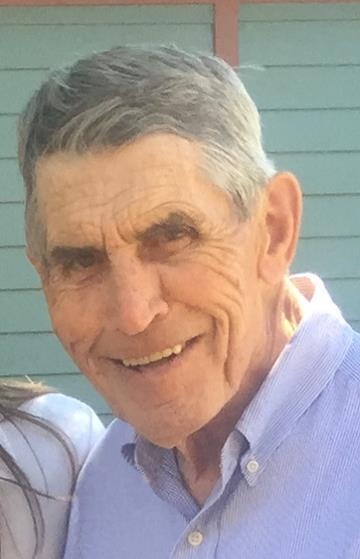 ORVAL BYRON (BUD) CRAIG passed away on December 8th, 2017 in Ashland, Kansas. Bud was born on August 13, 1939, to Orval Craig and Julia Tackitt Craig of Meade, Kansas, the youngest of five children.  Bud, or “Buddy”, in his youth, grew up on the family’s cattle ranch near Meade and Fowler, Kansas.  After graduating from Meade High School in 1957, Bud went on to play college football for Wichita State University.  He graduated with BA degrees in History and Physical Education in 1961.  He married the love of his life, Myrna Maxine Seal on August 29, 1959.   He and his bride were married for over 57 years, until she was suddenly taken home on May 10th, 2017.  Together, Bud and Myrna raised four children in Kansas, Iowa, and Missouri until settling in Chickasha, Oklahoma in 1974. Bud was a teacher and track and football coach early in his career for schools in Kansas and Missouri.  He left his dream job to support his growing family and went on to work 28 years as a pharmaceutical sales representative for Merck & Company, retiring to the Craig family ranch in 1998. In retirement, Bud went back to teaching as a substitute teacher for the neighboring schools.  As a consummate teacher and skilled horseman, he taught all of his grandchildren the love of the outdoors, animals, and how to ride; he loved riding horses with his kids and grandchildren.  Bud also loved the Lord and was baptized at Parkview Christian Church in 1978. After retirement, he was a member of First Christian Church in Ashland, Kansas where he served as a deacon for several years.  Above all, Bud was a man of principle and honor, dedicated to his family. His parents, his wife, Myrna, and his sister, Aliene Craig Bieber, precede him in death.  He is survived by his four children: Carla Rae Talavera of Lexington, Kentucky, Gordon Van of Morganton, North Carolina, Byron Marc of Fowler, Kansas, and Kimberly Kay Craig of Houston, Texas; eight grandchildren: Braxton and Joshua of Morganton, NC, Taylor and her husband Travis Elam, of Lexington, KY, Nina Talavera of Bristol, RI, Emily Waters of Stillwater, OK, and Hannah, Isaac and Lillie of Colorado Springs, CO; his brother, Reverend Carl Craig and his wife Marilyn of Independence, KS; two sisters, Mrs. Grace Settlemire of Fort, Worth, TX and Mrs. June Reed of Mount Vernon, MO; and many nieces, nephews, and friends.

To send flowers to the family in memory of Orval "Bud" Craig, please visit our flower store.