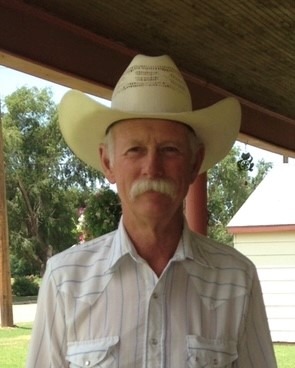 Mitchall Wade Woodruff was born on May 1, 1961 in Beaver, Oklahoma he is the third child of Glenn and Ruby (DePew) Woodruff of Meade, Kansas He left this life suddenly on Sunday, December 4, 2022 at Ashland, Kansas. Mitch grew up in rural Meade, Kansas and graduated with the Meade High School Class of 1979. While in high school he was involved in wrestling, football and track.

Mitch married Amber Snell in 1983 and to this union four children were born Chandra, Kirk, Morgan and Blake. While the family was young Mitch worked on the Fincham Ranch of rural Meade and later moved South of Ashland to work on the George Ranch. He then went to work in the Feed Mill at the Ashland Coop and was promoted to manager of the Ashland Coop Tire Shop until it closed. In 1991 The City of Ashland offered a scholarship to Pratt Community College to be certified to become an Electrical Lineman. Mitch was awarded the scholarship and off to college he went, on the weekends he worked for the City of Ashland until he graduated and became full time electrical lineman until 2014, where he made a career change and became a lineman for the City of Lucas, Kansas until 2018. In July of 2018 he returned to the City of Ashland and worked until the present.

Mitch’s true passion however was working with cattle or any livestock really. Anytime he could he wanted to be on the crew that was working cattle. He especially enjoyed that time with his son Kirk.

Mitch enjoyed hunting and later he was a supporter of his two boys as they traveled to many a 4-H trap shoot he enjoyed this so much that he volunteered to be the Shooting Sports Coordinator for the Clark County 4-H. He was also actively involved in helping all 4-H’ers from his children with their projects, to 4-H’ers today with their projects. He could be counted on to help get the Clark County Fairgrounds ready for the Fair each year. He was a past member of the Clark County 4-H Council and a 4-H project leader.

Mitch always had a twinkle in his eye, did not know a stranger and was always willing to stop and visit or tell a story.

He was preceded in death by his brothers Glenn Woodruff, Jr. and Ray Woodruff.

To send flowers to the family in memory of Mitchall Woodruff, please visit our flower store.