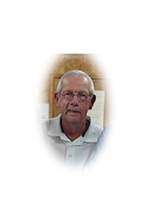 Mike and Pat Driscoll were united in marriage on April 5, 1985 and combined their children and became a blended family.

Mike worked in the oilfield his entire adult life as a welder and retired for a short time in 2008, only to return to what he loved to do in 2011 His most valued achievement was the title of “Papa”.  Mike loved wood working and enjoyed going fishing.

Mike left this earth peacefully after a short illness on June 1, 2012

Mike was preceded in death by his parents Perry and Wilnor, two brothers John and Grant Farley and step-son Mike Driscoll.

Please click here to view the video tribute
To send flowers to the family in memory of Mike Farley, please visit our flower store.