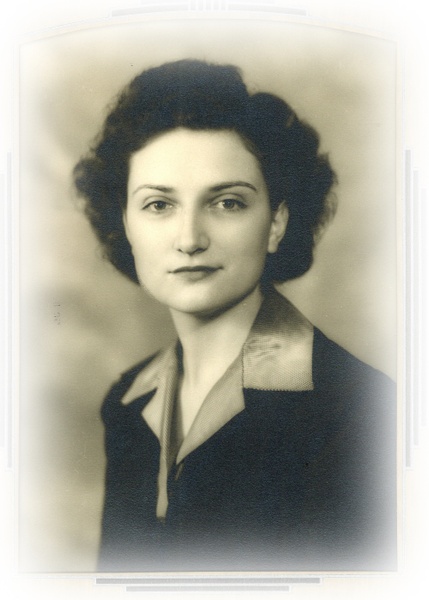 Avis Lorene (Moberly) Bentley, daughter of Charley and Edith (Temple) Moberly was born June 28, 1924, one mile southeast of Stockholm, Oklahoma. Lorene went to be with her Heavenly Father on February 20, 2017 at the age of 92 years. She grew up on the family farm two miles south of Stockholm and attended the Woodburn View one room school house, before going on to attending school at May Oklahoma graduating as Valedictorian class of  1942. Lorene began working in Buffalo at the AAA office (USDA Farm Service Agency) for six years. On September 6, 1945, Lorene married Raymond Bentley and they began their life together.  After working in Buffalo, the couple moved southwest of Buffalo and leased a farm.  In 1948, their first son, Gary, was born and Lorene began her new job of raising their family.  Then, the young family took a new job running a ranch ten miles west of Buffalo for Lynn Hieronymus.  While living there, they had four more children: L.D., Ramona, Mac, and R.A.  Lorene or Ma, as she was called by family, took pride and joy in taking care of her family.  Each day she would cook meals and the family would sit around the kitchen table, give thanks, and eat.  Ma raised kids, grew a garden, raised chickens, did an endless amount of laundry and dishes, and took care of various other ranch chores.  Lorene was happiest with her family gathered around her kitchen table eating food she prepared from scratch.  She became a Christian in 1952.  Lorene was a humble lady who trusted in her Lord Jesus and believed in the power of prayer.  Lorene was a mother to her kids in every way, not only at home, but going to numerous 4-H and FFA events, stock shows, ball games, and school events.  She also made sure her family was in church every Sunday and instilled in each child a strong work ethic and responsibility.  Raymond and Lorene retired from ranching and moved to Buffalo in December 1995.  They were married 57 years until Raymond passed in 2003.  Lorene attended the Laverne First Assembly of God and the First Baptist Church of Buffalo.  Lorene loved her family and prayed countless hours for each child, grand kid, great grand kid, and many others.  Most of all, Ma spoke softly and walked humbly before her Lord, seldom taking credit but always praying and pushing others along. Lorene was preceded in death by her parents Charley and Edith, her husband Raymond, and in laws Floyd and Dora Bentley.  She is survived by her son Gary and his wife Jeri of Shattuck; son L.D. and his wife Dianne of Laverne; daughter Ramona and her husband Greg Dies of Selman; son Mac and his wife Mary Jane of Buffalo; and son R.A. and his wife Susan of Buffalo; grandchildren Kellie and her husband Nathan Flaherty of Shattuck; Kerri and her husband Randy Johnson of Enid; Travis Cook and his wife Shelley of Woodward; Brian Cook and his wife Carriann of Woodward; Ginger and her husband Mark Cox of Hennessey; Amie and her husband Danial Gates of Buffalo; Kyle Dies and his wife Kelleigh of Piedmont; Clint Bentley and his wife Ally of Bixby; Kayla and her husband Dillon Gibson of Piedmont; Cole Bentley and Kyra Bentley of Buffalo; and great grandchildren Raymond, Rachel, Gracie, and Luke Flaherty; Ryley, Krystyn, and Mallory Johnson; Ashlynn, Hallie, and Cecily Cook; Kyrstan, Daisy, and Jett Cook; Lauren Cox; Conner Gates; and Waylon and Molleigh Dies.  She will be greatly missed by family, friends, and many others whose lives she touched by living a life of faith and love.

Please click here to view the video tribute
To send flowers to the family in memory of Lorene Bentley, please visit our flower store.