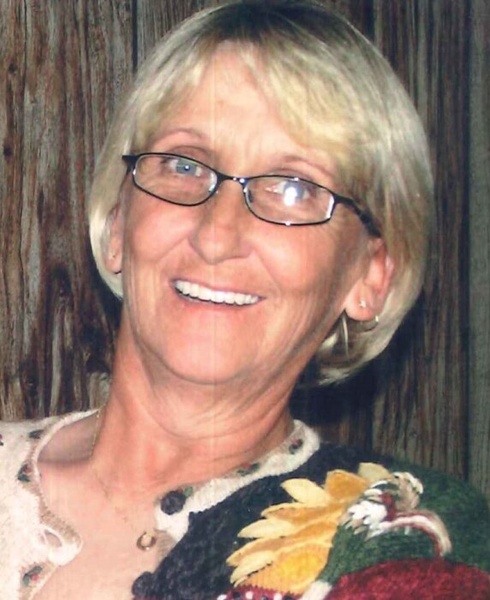 Linda Sue (Snider) Fleming was a loving wife, mother, daughter, grandmother, sister, aunt, cousin, and friend.  Linda passed from this life on January 2, 2022 at the age of 69 at Woodward Skilled Nursing & Therapy in Woodward, OK. Linda was born on January 21, 1952, in Buffalo, OK to the late Bill and Anna Lou (Secrest) Snider.  In her younger years she attended the United Methodist Church of Buffalo.  She attended Buffalo Public Schools where she graduated with the Class of 1970.  During Linda’s high school years, she was honored to win the title of Miss Buffalo 1970 while also being honored by her fellow contestants by being voted as Miss Congeniality.  This was a very fitting honor for Linda as can be confirmed by anyone that knew her and enjoyed her fun-loving personality.  One of her favorite pastimes during high school was riding her white Honda 65 motorcycle that she got for her 14th birthday.  When she was old enough to drive a car, she also loved to ride around with her friends and “drag main.”  Once she was even told by the town cop that her dad said she better get home.  You see Linda’s dad, Bill, happened to be the town manager at the time and had some friends on the local police force.  She just happened to like to drive his pickup that also had a police radio in it. Linda was also the twirler for the high school band.  She was remembered for twirling batons lit with fire at the football games. Linda’s earliest work history probably started when she was younger when her job consisted of some chores around the house, especially picking on her younger brother, Greg!  Throughout Linda’s earlier adult years, she worked in jobs where she could be interacting with people.  She was definitely a “people person” and never really met a stranger. She worked at the front desk of the Sands motel in Woodward, OK.  She also worked at Ken’s Haberdashery as a clothes presser, the Rib Ranch Café as a waitress, and as a dispatcher for both Dewey and Harper Counties.  She also was a caregiver for her mother in Anna Lou’s later years.  Another job she had was as a babysitter.  These are great examples of her love for people and children.  Several people today remember her as somewhat of a second mom.   Linda loved spending time with family and friends and was always good for several laughs.  She was a very fun-loving person and loved people. She loved to dance to country music and was quite a good dancer.  She even teamed up with her brother Greg to win several dance contests in their younger days.  God gave her a birthday present her son Josh. He was the center of her world for many years.  On June 1, 1990, Linda married the love of her life, Clifford Dean Fleming.  This family of 3 would reside near Slapout, OK for several years.  From 2000-2009, Linda and Clifford lived in Vici, OK while Clifford served as the agricultural education teacher for Vici High School.  They then returned to the family home near Slapout where they resided until Linda’s passing.  Her health would make it necessary for her to be cared for in various nursing homes for most of the last 4 years of her life.  She was at Woodward Skilled Nursing and Therapy to regain strength after a severe illness which forced a stay in ICU at St. Anthony’s hospital in Oklahoma City, OK. Linda accepted Jesus Christ as her personal Lord and savior at the age of 47 at a revival at the First Baptist Church of Buffalo.  It was a special moment not only because she had accepted salvation from Jesus but she had gone after being invited by her son, Josh.  Linda is preceded in death by her parents, Bill and Anna Lou Snider, father-in-law, Dale Fleming, grandparents, Hurley and Marium Snider, and Claud and Ruby Secrest, grandfather-in-law D.E. Redinger and grandmother-in-law Rose Redinger, and nephew Tra Snider. She is survived by her husband, Clifford Fleming, of Slapout, OK, her son Josh Snider and wife Amy of Laverne, OK, 2 grandchildren Caroline and Cade, her brother Greg Snider and wife Joannie of Buffalo, OK, nephews: Rian Snider, his wife Michelle, and their sons Zach and Shane of Woodward, OK, Garland Campbell, his wife Cassandra, and their son Landon and daughter Caroline of Buffalo, OK, niece Jacquelyne (J) Snider and her daughters Caidence, Paige, Anny, and Libby.  Mother-in-law Junne Fleming of Slapout, OK, sister-in-law Joyce Fleming of Slapout, OK, brother-in-law Roy Fleming and wife Tena of Slapout, OK, nephews: Tucker Fleming, his wife CandiSu, their daughter Kodie and son Kaleb of Hardesty, OK, Tyrel Fleming, his wife Melissa, and son Connor of  Catesby, OK.  Niece Jenna Stump, her husband Danny, their daughter Madison and son Matthew of Hooker, OK.  Special son Shawn Stoddard, wife Crystal, their daughters Alexis and Alana of Buffalo, OK.  She also leaves behind numerous other relatives and a host of close friends.

To send flowers to the family in memory of Linda Fleming, please visit our flower store.