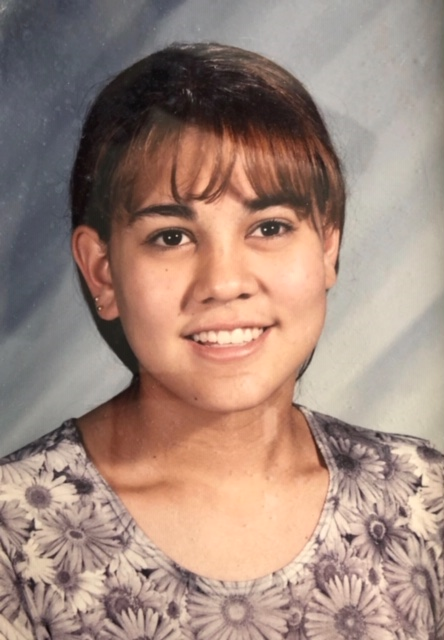 Leslie Anne Spencer was born July 20, 1980, in Yuma, Arizona.  At the age of 11 Leslie moved to Prescott, Arizona with her mother Barbara, stepfather Gene, sisters, Jamie, Morgan, and brother, Jordan.  Leslie also had two step sibling Mindy and Jason, also three more half siblings, William, Kevin, and Kyla.  Leslie started her own family and had 5 children, Aaliyah, Alyssa, Steven, Ian, Kloie.  The family moved to Buffalo, Oklahoma in 2013.  After 17 years of marriage ended.  Leslie then received her CNA at Grace Living Center which she loved caring for the residents and developed a special bond with each and every one of them.  Along with the residents she became attached with her fellow co-workers, she felt like she had a second family.  While working at Grace Living Center she met Edgar who then gave her a 6th blessing Nevaeh.  Leslie was a loving daughter, supportive sister, dedicated mother, and wonderful Mimi.  She has a love for gardening, watching her children play sports, using snapchat (she was a selfie queen) and spending time with her family and friends. In October 2018 Leslie was diagnosed with Ovarian Cancer although she fought with everything she had, the cancer was too aggressive.  Leslie left her earthly home at the age of 38 years.  Leslie leaves as her survivors  her  Mother,   Barbara            and husband Gene; Companion, Edgar; Children; Aaliyah, Alyssa, Steven, Ian, Kloie, and Nevaeh; Sisters, Jamie, Morgan, Mindy, and Kyla; brothers, Jordan, William, Kevin, and Jason; other friends and relatives.  Leslie will be missed dearly by those who knew and loved her.  Family suggest memorial go to the American Cancer Society.

To send flowers to the family in memory of Leslie Silver, please visit our flower store.