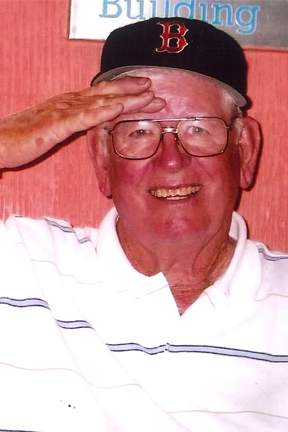 Lennes Elvin Jones, eldest son of Clarence and Alma Wilson Jones, was born January 13, 1927 in May, OK.  In 1943, when he was a junior in high school, he started driving a school bus. He graduated with the May Class of ’44, and continued driving the bus until 1947.

He worked for B-Line Construction building electric lines in Oklahoma, Texas, Nebraska and Missouri.  In November of 1952, he went to work for the State Highway Department in Buffalo as a mechanic.  On April 22, 1956, Lennes married Alice Wanger and to this union were born Michael, Mark, and Linda.  Lennes retired from the Highway Department on May 5, 1986, after 33 ½ years.   Later that same year in December, he took a “temporary” job with Buffalo Public Schools as the bus mechanic until they could find a full-time mechanic.  And they did, because that “temporary” job lasted 21 ½ years until he retired in 2008.

He was a lifelong member of the First United Methodist Church and active with the Church choir for many years.  He was well known around town for his quick sense of humor and great conversation.

There was a letter of unknown date that Lennes had written in which he noted that among the wonderful memories of his life were his Alaskan Cruise with Mike, his trips to Puerto Vallarta with Linda, Brad and the grandkids, and singing with his brother, sister, sister-in-law and niece as the Jones Family Singers!  He loved to travel and brighten peoples’ day.

Lennes was preceded in death by his son Mark; his parents, Clarence and Alma; and his brother Carroll.  He went to be with his LORD and Savior on Wednesday, November 15, 2017, at the age of 90 years.

To send flowers to the family in memory of Lennes Jones, please visit our flower store.