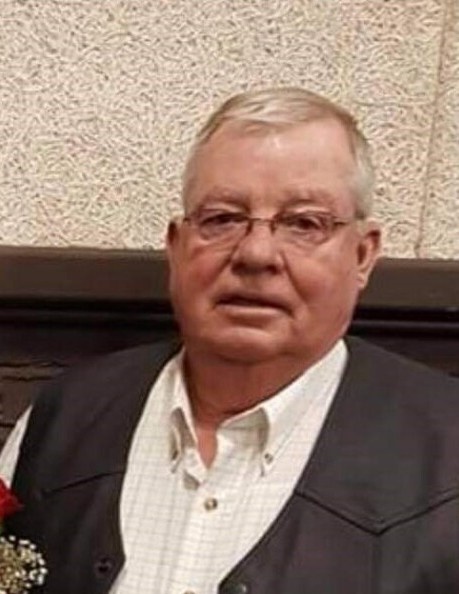 Leland Stewart Waugh, the son of George Thomas and Edith Lucy (Vanderpool) Waugh, was born on October 30, 1949 in Mooreland, Oklahoma. He was the sixth child of the 12 children born to George and Edith. Leland left his earthly home and entered into the kingdom of heaven on Friday, October 23, 2020, surrounded by his wife Clydene, his son Landon, and his daughter Shawna. He had spent 18 days in the COVID ICU at OU Medical Center in Oklahoma City when his Savior called him home at the age of 70 years, 11 months, and 23 days. His 71st birthday will be celebrated with a graveside service at High Point Cemetery on Friday, October 30, 2020.

Growing up on the family farm northwest of Buffalo, Leland attended Buffalo Schools and graduated with the class of 1968. Following graduation, he attended Oklahoma Panhandle State University in Goodwell, Oklahoma until he joined the Army Reserves in 1970. Leland’s dad had passed away in January of 1967, leaving his mother with eight children to raise. With his 4 older brothers married and in college, Leland became the father figure for his younger brother and six sisters. He not only served in the Reserves until 1976, but he was also employed by Home Lumber, which had locations in Buffalo, Ashland, Protection, and Coldwater. The workers would rotate and work at each location, Leland especially enjoyed his time in Ashland. The farming still needed to be done. With a love for the land and farming and carpentry, Leland constructed several metal structures in the Buffalo community while still working his family farm. It was in 1973 that Leland met the love of his life, Carole Sue (Lauer) Painter along with her children-Greg, Kirk, and Shawna. They were united in marriage on June 1, 1973 in Walters, Oklahoma and made their home in Buffalo. This union was blessed with one son, Landon Keith. Landon joined his brothers and sister to make a complete family. After 33 years of marriage, in May of 2006, Carole Sue succumbed to cancer and had to leave her loved ones behind. There was a void in Leland’s life at that time, and he was fortunate to later find a person who could complete his life again. He was united in marriage to Clydene Rader on February 29, 2008. With this marriage came Clydene’s two daughters, Jayna Stephenson and Sabra Werner and their families. Leland, coming from a family of 12 siblings, thought the more the merrier! Life was good again. His family was important to him. He enjoyed watching his children and grandchildren with their involvement in school activities, sports, and other activities. He was proud of each one and their achievements. Leland was not only a family man, but also a man of God. He was a good and faithful servant to his church. He served the First Christian Church of Buffalo for 47 years as a deacon and elder. He was an active participant in Operation Care with mission trips to Mexico each year for over 20 years. Leland was preparing to make the annual trip this November. Serving on different boards, he was able to help Buffalo grow as a community. Buffalo Farmers Co-Op, Buffalo Board of Education, Buffalo Alumni Association, and First Christian Church Board benefited from Leland’s commitment. He will be missed by those who worked with him and those who benefited from his friendship. Leland was preceded in death by his father and mother George and Edith Waugh, wife Carole Sue, and grandson Sy Herd, father and mother in law Clayton and Bessie Lauer. Leland leaves as his survivors, his devoted wife Clydene of Buffalo, OK; sons: Greg Painter of Enid, OK; Kirk Painter and wife Sydney of Chickasha, OK; Landon Waugh and wife Kacey of Mustang, OK; daughters: Shawna Herd and husband Sid of Buffalo, OK; Jayna Stephenson and husband Travis of Spearville, KS; and Sabra Werner and husband Scott of Spearville, KS.; and a daughter-in-law Lori Painter Dunn of Granbury, TX.; Grandchildren: Clayton and Kylee Painter, Kasey and Chris Rogers, Benton and Frankie Painter, Audra and Alex Langhorst, Kathryn and Nathan Gerdts, Ashtyn Herd, Kateyn and Carson Waugh, Jade and Matt Brady, Hunter Stephenson, Cole Stephenson, Travis Werner, Wyatt Heinz, Blake Werner; great grandchildren: Sydnee Brady, Axton and Atlee Painter; brothers and sisters: Gorey Waugh of Buffalo, Glen Waugh of Buffalo, Leroy and wife Kathie Waugh of Laverne, Bryce and wife Janie Waugh of Buffalo, Lavena and husband Red Chastine of Guymon, Estella and husband Walter Beesley of Hugoton, KS, Dale and wife Shirley Waugh of Buffalo, Elva and husband Mickey Bentley of Laverne, Eva and husband Jay Lile of Amarillo, TX, Cora and husband W.M. Carlile of Hennessey, and Glenda and husband Mike Cochran of Edson, KS. He also leaves a host of nieces and nephews and other family members and friends.

To send flowers to the family in memory of Leland Waugh, please visit our flower store.