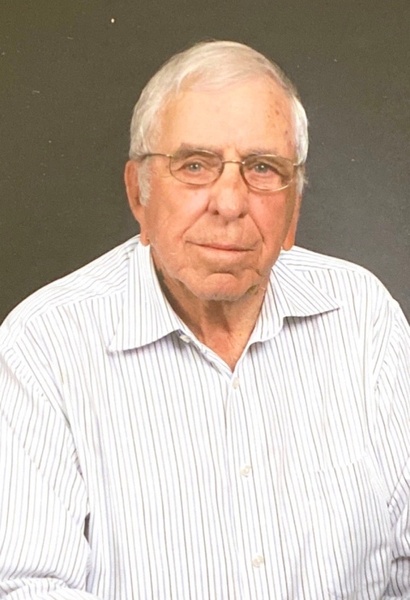 Leland was born on November 29, 1933 in Buffalo, Oklahoma to parents Mary Elizabeth (Irion) & Eugene Oral Robertson. He grew up on the family farm.  Leland graduated high school with the class of 1951 from Buffalo High School, and was active in FFA and football while in high school.

Leland attended Oklahoma Panhandle State University where he met his wife Wanda Edgmon. They married on August 1, 1953 and from this union they had three children Mike Robertson, Jana (Robertson) Monroe, and Brad Robertson. They were married for 28 years before Wanda lost her battle with cancer in August 1981. On December 10, 1982 Leland married Beverly Truax where they continued to make their home in Buffalo and she helped raise Jana and Brad.  Beverly passed away in April 2004.  On August 10, 2006 Leland married Betty Maxwell who has spent the past 14 years loving and caring for him as well as being an adoring grandmother to Kenna, Kenzie, Rhett, and Rylee.

On Wednesday, July 1st, 2020, Leland Francis Robertson, loving husband and father of three children passed away at the age of 86, at Integris Baptist Medical Center, in Oklahoma City, Oklahoma due to heart failure.

To send flowers to the family in memory of Leland Robertson, please visit our flower store.