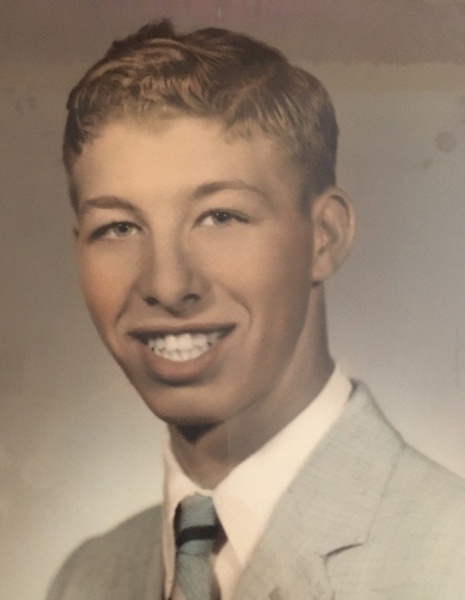 Larry Eugene Smith the son of Warren and Bonnie (Miller) Smith, born November 17, 1943, in Woodward, Oklahoma.  Larry graduated from the Selman High School, with the class of 1961 and briefly attended Panhandle State College in Goodwell, Oklahoma.  Larry joined the U.S. Army Reserves for 6 years.  He was united in marriage on December 26th 1966 to Carolyn Guthrie in Woodward, Oklahoma, they were blessed with three children Tina, Tim, and Todd.  Larry married Tracy Hobart and was blessed with one child, Kassandra.  Larry had a passion for his work as a Truck Driver from the time he was able to drive, till he was no longer able to work.  Larry’s work included Beaver Express, Northwest Freight Lines, Turbo Drilling and Razien Metals Company.  Larry never knew a stranger and was a friend to all who would ask for his help.  He enjoyed watching TV Land and Old Westerns.  Larry was a member of the Wesleyan Nazarene Church, Woodward, Oklahoma.  Larry was preceded in death by his mother; Bonnie A. Smith, brother; Terry Lee Smith, 1 great grandchild, several aunts and uncles. Larry left his earthly home on Friday, June 2, 2017, in Woodward, Oklahoma, at the age of 73.  Larry is survived by his children; Tina Wiseman, Woodward, Oklahoma, Tim Smith of Poteet, Texas, Todd Smith of Woodward, Oklahoma, and Kassandra Rodriguez of Cedar Rapids, Iowa, father; Warren Smith of Selman, Oklahoma, sister; Marilyn McGuire of Selman, Oklahoma, brother; Bill Smith of Prague, Oklahoma,  fourteen grandchildren, and five great grandchildren.  Larry will be greatly missed by family and friends.  In lieu of flowers monetary donations can be made to the Wesleyan Nazarene Church, 2306 Santa Fe, Woodward, OK  73801 or the First Baptist Church, PO Box 415, Buffalo, OK 73834 through the Wilkinson Funeral Service.

To send flowers to the family in memory of Larry Smith, please visit our flower store.