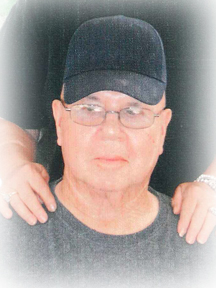 On June 2, 1964, Larry married his high school sweetheart Kathy Patterson.  Larry was drafted into the United State Army in 1966, being sent to Vietnam as a medic with the 1st Air Cavalry.  When Larry return home, he worked in the Oilfield, but Larry passion was farming and he loved sharing his farm life with his nieces and nephews.  Larry enjoyed woodworking.  Larry was a member of the Zion Lutheran Church, Buffalo, Oklahoma.

Larry was preceded in death by his parents, Edward and Bessie (Ashlock) Brown; siblings, Harry Brown and wife Betty, Velma LRoy and husband Bill, Wilma Lane and husband Lee, Jo Ann Grayson and husband Wally "Buddy", Harley Brown, Judy Roth and sister Josephine and husband Elige Payne.   Larry went to be with the Lord on Tuesday, August 20, 2019 at the age of 78, at the Grace Living Center after a long battle with Parkinson’s.

To send flowers to the family in memory of Larry Brown, please visit our flower store.