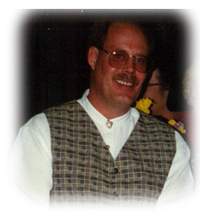 Larry Wayne Anderson, a resident of Oklahoma City, Oklahoma was born on October 18, 1954 in Albuquerque, New Mexico to Lois Claudette (Roush) and Truman Don Anderson.  He grew up in Buffalo, Oklahoma where he attended Buffalo Grade and High School; graduating with the class of 1972. Larry was a member of the Boy Scouts of America Troup 276, and earned the high honor of Eagle Scout. Larry was always ambitious and up for any challenge and shortly after school he operated a couple of businesses; Rec Center and Phillips 66 gas station, in Buffalo.  He moved to Liberal, Kansas, where he was a salesman for Per Hoel Ford.  In 1983 he moved to Woodward where he was a Sales Representative for the first FM radio station in northwest Oklahoma, K101; and eventually moved up to the position of General Manager. Larry moved on from K101 and began a career with Tele Floral where he was a computer programmer, which allowed him to travel all of the United States.  He made the most of his travels and began a quest to visit as many of our National Parks, Monuments, and Historical Battlefields.  Larry chronicled his journeys with a large national map on his office wall for all who visited to enjoy.  After Tele Floral he enjoyed investigating and investing in the different stock indices. During his travels for work Larry began documenting those travels with pictures; and enjoyed trying to get the most unique and interesting views, settings, and picture angles.  Larry also enjoyed the outdoors and had many memorable hunting and fishing outings with family and friends, Larry was a OSU sports fan; and then became a Oklahoma City Thunders fan, where he attended all of their games. Larry left this life on September 23, 2013 at Oklahoma City, Oklahoma, at the age of 58 years 11 months and 5 days.  He was a member of First Christian Church Buffalo.  Larry was preceded in death by his mother Lois; Paternal Grandparents Herschel & Iona Anderson; Maternal Grandparents Louis & Addie Roush; and Great Grandparents John & Georgia Crouch.  Survived by his Father,  Truman Anderson, of Buffalo, OK; brothers,  Terry & Marie Anderson, of Buffalo, OK;  and Danny & Marlaina Anderson, of Dallas, TX; sister,  Tammy Coronado, of Perryton, TX; 1 Aunts, 16 nieces, 11 nephews,  other relatives and numerous friends. The family have suggested memorials the Buffalo Museum in care of Wilkinson Funeral Service PO Box 302, Buffalo, OK  73834 or to the Boy Scouts Of America Cimarron Council 317 N Grand Enid, OK. 73701.

CONDOLENCES MAYBE MADE TO THE FAMILY & AT www.wilkinsonfuneralservice.com

To send flowers to the family in memory of Larry Anderson, please visit our flower store.