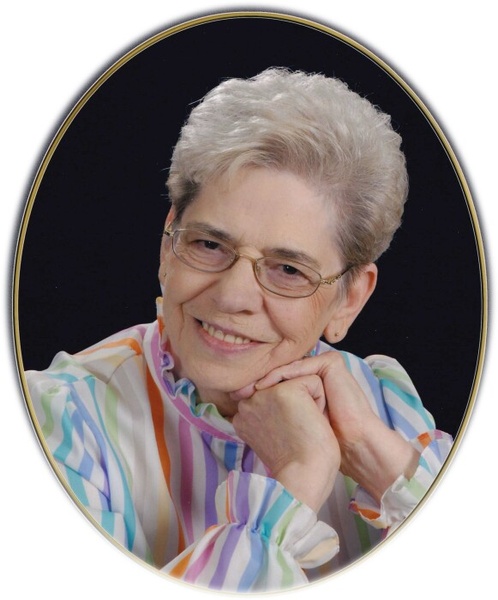 Juanita Mae Levings Bowers was born to Joseph Patrick Levings and Lola Elizabeth Shoemate Levings in Buffalo, Oklahoma February 21, 1938, in the middle of a blizzard. Joseph left by horseback in the blizzard to get the doctor, and by the time he returned Juanita was born. She died October 30, 2021, after a valiant battle against cancer at the age of eighty-three. She was fifth of 9 children born to Joseph and Lola and spent a good portion of her childhood at the family homestead North of Buffalo. She attended the Greenleaf School until it closed and then attended Buffalo Public Schools graduating from Buffalo High School in 1956. She married the love of her life, Lynn Arlie “Pete” Bowers in 1959 in Clayton New Mexico. Pete and Juanita had three children Rob Bowers of Woodward, OK Debra Finch of Edmond, OK and Darla Onema of Edmond, OK. Juanita and Pete divorced in 1969. Shortly  thereafter she attended Nursing School graduating with her LPN in 1971 and attended college in 1985-86 for her RN. Nothing was more important to Juanita than her children, and she worked hard to provide for them as a single mom. Juanita was passionate about geriatrics and spent most of her nursing career working in long term care in Buffalo, OK and in Ashland, KS. She retired in 2007 and focused her life on her grandchildren. Juanita faced many challenges in life with courage, grace, and an undeniable strength of will. Juanita was as lifelong member of Saint Joseph’s Catholic Church in Buffalo, OK where she was baptized and confirmed. Her faith was important to her and became the focus of her life as she grew older. She was always focused, determined (some may say stubborn) and honest. She enjoyed camping, fishing, and traveling. She spent many summers on vacations with her children and her sisters. Juanita had a fantastic sense of humor and was always good for a laugh in tense situations. Juanita was preceded in death by her parents Joseph and Lola Levings of Buffalo, her sisters Pat, Joann, Wanda, and her brother John. She is survived by her children Rob Bowers & wife Kim of Woodward, OK, Debra Finch & Ben Martin of Edmond, OK, Darla Onema & husband Patrick of Edmond, OK, 10 Grandchildren, 9 Great Grandchildren, 3 Great Great Grandchildren, 7 Fur Grandbabies, Sister Virginia Chase of Norman, Sister Reta Descher & Husband Walter of  McAlester, OK, Brother Ivan Levings & Wife Launa of Alva, and a host of nieces, nephews, cousins, and friends.

To send flowers to the family in memory of Juanita Bowers, please visit our flower store.