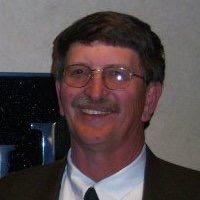 Jerry L. Thompson was born on August 15, 1951 in Ashland, Kansas to Vance & Betty Jo (Perkins) Thompson. Jerry grew up in Buffalo, Oklahoma and loved the community he called home. He attended both Buffalo grade school and Buffalo High School and graduated with the Class of 1970. Jerry and Evelyn Schroeder were married and had three sons Jason, Juston and Chad. When the boys started leaving the nest, Jerry met and married the love of his life Kim Shepherd. They made their home in Woodward, Oklahoma working for CUDD Energy Service. They would have celebrated their 25 years of togetherness in May. Jerry was known by many titles Jerry, Dad, Daddy, Pappy, and the guys at work named him Jeratal. But the one he cherished was Child of God. Most importantly Jerry enjoyed being at his grandchildren’s activities. His children thought he spoiled his grandchildren against their will. His response was “Its every grandparents God given Right”. Jerry was preceded in death by his father A. Vance Thompson; a brother Doug Thompson and his baby sister Ava Jo Keeney. Jerry went to his Heavenly home February 13, 2018, with his family by his hospital bed side, at the age of 66 years 5 months and 29 days. He is survived by his loving wife Kim of the home, his mother Betty Jo Thompson; his sons Jason Thompson, Juston Thompson, and Chad Thompson & wife Mikeena; Daughter Dannette Braley and husband Cole of Sharon, Oklahoma, son Nip and wife Jennifer Page of Muleshoe, Texas; Daughter Gina Peralez and husband Arnold of Borger, Texas. Grand-children Campbell, Peyton, Thompson, Weston, Chance, Kelby, Brodie, Gracie, Kambri, Kensli, Morgan and Sadie. His brother and best friend Steve Thompson and wife Deana of Cherokee; sister-in-law Pam Thompson of Buffalo, Oklahoma; Brother-in-law Jim Keeney of Stillwater, Oklahoma. Numerous nieces & nephews that are treasured & well loved by their Uncle Jerry. Along with his CUDD brothers & sisters who have supported & loved him through it all. Jerry will be greatly missed by his loved ones, family and friends .

To send flowers to the family in memory of Jerry Thompson, please visit our flower store.