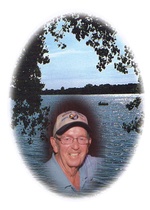 WILKINSON, Samuel  Jay, 68 of Canton, OK died January 4, 2013 at his residence.  Jay was born the third and youngest son of Virgil “Buck” and Lillie (Prophet) Wilkinson November 13, 1944 in Woodward, OK.  Jay grew up in Buffalo and attended Buffalo High School. Jay was married to Ruth Hall until February 1968.  From this union one son was born, Samuel Joe in 1965.  Jay was drafted into service during Vietnam War.   He served from 04 Apr 68 and was honorably discharged 04 Apr 74 from the United States Navy, Seabees Unit in Oxnard, CA.  December 19, 1968 Jay married Dorothy Salgat and they returned to Woodward, OK where Jay began working in the oilfield.  They also had a son, Samuel Clifford, born in 1968. In 1971 Jay began what would be a 40 + year career with Weatherford International Oil Company.  He enjoyed working out in the field and pushed himself hard and long on a daily basis, putting in 1000% for anyone that asked.  Jay was honored in 2011 for his 40 years of service with Weatherford International and was currently employed at the time of his death.  Jay was a longtime member of API and served many years as their golf chairman.  He also was a current member of the Water Resources Board for Canton Lake.  Jay took on the responsibility of caregiver when asked and never hesitated to lend a helping hand and be a strong support through many ups and downs for all of us.  When Jay was not working he spent time with family and friends.  Jay was an avid outdoorsman, he loved hunting, fishing and golfing.  He also enjoyed traveling with family and to visit family.  Jay remained a kid at heart, and adored all of his grandchildren, spending as much time with them as possible.  In 1998 he moved to Hutton’s Corner at Canton Lake, Canton, OK and enjoyed being on the lake whenever time allowed, fishing or taking his grandchildren tubing.  His neighbors were another branch of his extended family, always looking out for each other.  Jay was a soft spoken man with a gentle nature that was liked by all who met and knew him.  He made the most of everyday, never a complaint and always a good attitude that radiated from him.  Jay was preceded in death by his parents; wife of 26 years, Dorothy and one grandson, Christopher.  Survivors include: Sons, Sammy Joe Wilkinson of Woodward, OK, Sam Wilkinson and his wife, Janice of Edmond, OK; Brothers, Rex Wilkinson and his wife, Joy of Muskogee, OK, Keith Wilkinson and his wife, Wilma of Buffalo, OK; Mother-in-law, Arlene deGraffenried of Okeene, OK; Brother-in-law, Jerry Salgat and his wife, Barbara of New Haven, MI; 6 grandchildren and 7 great grandchildren and numerous extended loving family members and friends. Jay was a loving husband, father, grandfather and the “best friend” a son could have.  You will be missed Dad. A visitation to gather with friends and family will be held Tuesday, Jan. 8, 2013 from 4-7:00 p.m. at the Wilkinson Funeral Service in Buffalo, OK.

Funeral Services will be held 2:00 p.m. Wednesday, Jan. 9, 2013 at the First Baptist Church in Buffalo, OK.  Burial will follow in High Point Cemetery.  Family requests donations be made to Oklahoma Diabetes Association or American Diabetes Association.

To send flowers to the family in memory of Jay Wilkinson, please visit our flower store.