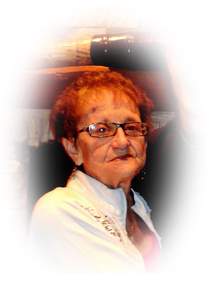 Jaunita Louise Kinser was born January 21, 1941 to Archie Elmore and Eva Jaunita (Fisher) LaMunyon in Enid, Oklahoma.  Jaunita attended Buffalo High School graduating in 1959.  Jaunita and Gary Stone were united in married on January 19, 1959 to this union two sons were born Troy and Clay. Jaunita spent her time raising her children as a homemaker living in several different towns in Kansas, Wichita, Montezuma, Copeland, and Bentley.  Jaunita moved back to Buffalo, Oklahoma and worked as a cashier at the Ideal Grocery Store. Jaunita meet Wally Kinser, as he was the manager of the store, they were married on July 21, 1971 in Clayton, New Mexico, to this union one daughter child was born Nita Lou.  Jaunita worked at the Drugstore, Dominio Diner, Jack-n-Jill Grocery Store.  Jaunita moved to Woodward in 1990 worked and managed Braun’s Store until 2009. Jaunita considered the people that she worked with at Braun’s her second family.  Jaunita returned to Buffalo to take care of her Dad, Elmore.  Jaunita loved going to the sport activities watching not only her children, grandchildren, but other children in their sport activities.  Jaunita enjoyed watching show choir, over the years she made several of the show choir outfits. Jaunita was a very crafty person; working with woodworking, embroidery, sewing clothes, costumes, and ceramics. Jaunita worked at Ventures Foods in the Deli for several years and later retired.  Jaunita helped the community with Buffalo Chamber, Buffalo Alumni Association, Bison Boosters, and Buffalo Community Theater, where she helped with the props and costumes.  Jaunita was a member of the First Baptist Church.  Jaunita went to be with her Lord on Tuesday, March 11, 2014 in Enid, Oklahoma.  Jaunita was preceded in death by her parents, husband Wally 2007, and daughter Nina Lou Smith 2013.  Jaunita is survived by her sons Troy and wife Debbie Stone of Kinsley, Kansas; Clay and wife Ronda Stone, of Emporia, Kansas; Rodney and wife Leslie Harrod of Sulphur Spring, Texas; son-in-law Jerry Smith of Fort Worth, Texas; Grandchildren Angelica Stone and Landon Brady, Chris and wife Shelly Stone, Spencer and  Harrison Stone, Seth and Reese Harrod, and Brodi Smith.  Great Grandchildren Kaleb Kline, Drake Brady, Hayden Stone and Addisyn Stone; one brother Wayne and wife Jamie LaMunyon, two sisters, Linda and husband Roy Hoover, and Margie George-Scott; and a many other relatives and many other friends.  In Lieu of flowers the family suggest memorial to the Buffalo Alumni Association and Bison Boosters in care of Wilkinson Funeral Service.

To send flowers to the family in memory of Jaunita Kinser, please visit our flower store.