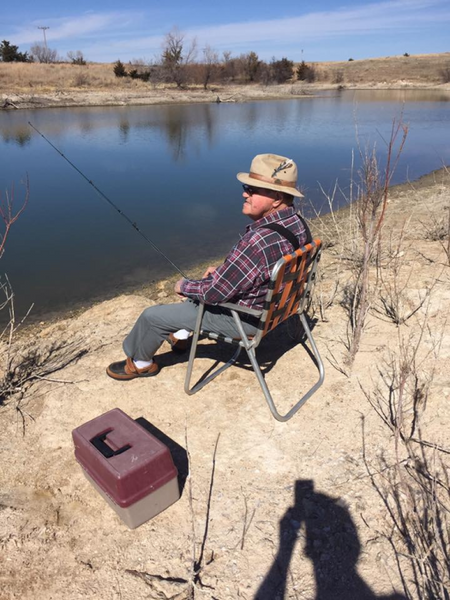 James Richard Morgan, was born in Jett, Oklahoma on February 17, 1931, to John Alexander and Nellie Irene (Valentine) Morgan, referred to by friends as Richard, or more personally known by family as “Papa/Pops”, Richard attended school in Laverne and Gate, Oklahoma and spent most of his childhood traveling with his family for his father’s work.  At an early age, following the loss of his father, Richard began work with harvest crews to help meet his family’s needs.  Later, he moved to Oklahoma City, OK and began work at Will Rogers’ World Airport.  Many times following his work day, he frequented his favorite ice cream parlor, Veazey’s Drug Store, where he met his life-long soul mate.  On May 20, 1957, Richard married the love of his life, Rosa Lou Ashlock, in Tucumcari, New Mexico.  Together, they were blessed with four children; Cynthia Jo, Johnny Lee, Jimmy Leon, Jerry Lynn and 61 joyful years of marriage. Richard and Rosa Lou moved back to Buffalo, OK in 1961 where Richard began work for the Oklahoma Department of Transportation.  He began as a heavy equipment operator and later promoted to division-wide, maintenance supervisor.  Richard held that position for many years before retiring in 1987.   Following retirement, Richard enjoyed planning his next travel excursion with his family.  He and Rosa Lou traveled throughout the United States soaking up all of God’s splendors.  Richard remained busy throughout his retirement. He and Rosa Lou served as the Methodist Church custodians for 40 years where they were devoted members.  Richard also made plenty of time for fishing, woodworking and photography. Richard’s ultimate favorite pastime was spending time with his family, especially his granddaughters. Richard was preceded in death by his parents, younger brother Billie Lee Morgan, and brother-in-law Keith Anneler.  James Richard Morgan went to be with his Lord and Savior on April 25, 2019, at Oklahoma Heart Hospital in Oklahoma City, following a courageous battle. Richard is survived by his wife Rosa Lou, of the home, his children Cynthia Jo Morgan, Oklahoma City, Oklahoma, Johnny Lee Morgan and wife Desiree, Laverne, Oklahoma, Jimmy Leon Morgan and wife Penny, Buffalo, Oklahoma, Jerry Lynn Morgan, of the home, sister Linda Kay Anneler, Oklahoma City, Oklahoma, granddaughters Keeley Erin Morgan, Oklahoma City, Oklahoma, Jessie Nicole Morgan, Woodward, Oklahoma, sister-in-law Mary Morgan, of Canute, Oklahoma, many family and friends.  Richard will be missed for his hugs and compassion for everyone.

To send flowers to the family in memory of James Richard Morgan, please visit our flower store.