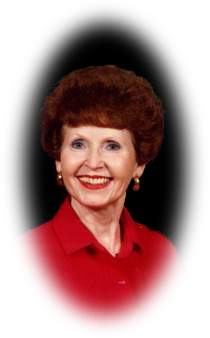 Iris Ilene Wells was born July 26, 1934, to Linus and Nettie Cates in Beaver County Oklahoma, Ilene was the eldest of three Children. Ilene’s maternal great-grandmother presided over her delivery in the family farmhouse. Ilene attended school in Booker, TX, and afterwards, attended college at Panhandle A & M in Goodwell, OK.  As a college freshman, Ilene met Virgil Wells, a student and football player from Boise City.  They married on June 25, 1953, and, eventually had two children.  In the early years of her marriage, motherhood and family were Ilene's primary focus, as Virgil's job as a football coach took them to Jet, Kingfisher, and Shattuck, Oklahoma. Ilene and her family moved to Washington, Oklahoma, after Virgil accepted a job as school superintendent.  With the University of Oklahoma 12 miles away, Ilene took this opportunity to return to school and complete her college education.  In 1973, the family moved to Buffalo, Oklahoma.  Ilene finished requirements for her Master's Degree at Northwestern University at Alva, and soon began working as a school psychometrist, traveling to various schools in northwestern Oklahoma. After retiring, Ilene spent many years delighting in the company of her grandchildren and great-grandchildren.  Ilene also took classes in doll making and took particular pride in her lovely creations. Throughout her life, Ilene remained a devout Christian and was a member of the First Baptist Church.  Ilene displayed indomitable spirit and courage in the wake of loss and debilitating illness.  Her faith was unshakable, both in God and in her family, for whom she was a beacon of light and unconditional love that can never be extinguished.  We will always remember her with love and gratitude, and she will live on in our hearts. Ilene went to be with her Lord on Tuesday, March 11, 2014 in Buffalo, Oklahoma.  Ilene was a source of joy to her family, a devoted and loving wife, mother, grandmother and great-grandmother.  Ilene was preceded in death by her parents, and brother Darrell Cates.  Ilene is survived by her husband, Virgil, of the home; daughter, Kim Hudson, and son-in-law, Foster, of Buffalo, Oklahoma; son, Bruce Wells, of Margate, Florida; granddaughter, Lauren Jordan, her husband, Brock, and their three children, Gabrielle, Isabelle and Asher, of Sunray, Texas; granddaughter, Rachel Willems, her husband, Cale, and their two sons, Jack and Sam, of Protection, Kansas; grandson, Erik Hudson, his wife, Heather, and their son, Max, of Woodward, Oklahoma; grandson, Jordan Hudson, of Weatherford, Oklahoma; brother, Gerald Cates, of Booker, Texas; nephew Mark Cates and his family, of Darrouzett, Texas; nephew Monty Cates and his family, of Follett, Texas; niece Robin Friskup and her family, of Muleshoe, Texas; niece Jamye Wilson of Evansville, Indiana; and a host of other relatives and many friends.  In Lieu of flowers family suggest memorial to the First Baptist Church for Team Kids

To send flowers to the family in memory of Ilene Wells, please visit our flower store.