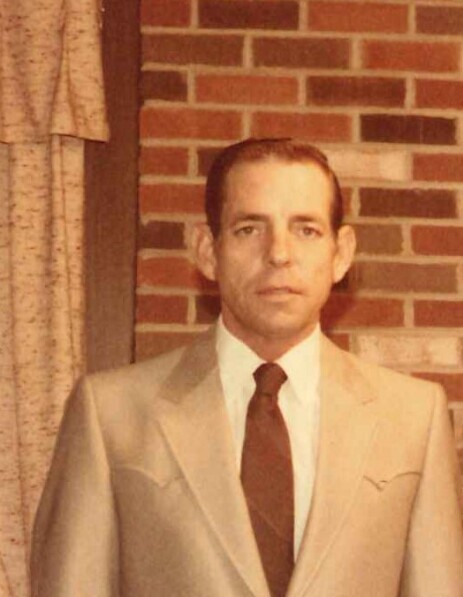 Harris moved to Woodward, Oklahoma to live with his grandma Reba.  He started School in

Woodward, Oklahoma, then in 1950 he moved to Moscow, Kansas to live with Dixie and Jenny

Howell where he became brothers with Pat Howell and Larry Hendricks.  In 1954 the Howell

family moved back to Kibby, Oklahoma.  Harris moved in with Blanch and Earnie Merritt.

Harris graduated from Buffalo High School with the class of 1960.  After graduation he moved

to Wichita, Kansas and lived with his grandpa Riser, where he started College at Wichita State.

Harris met Betty Lou Jantz.  They were married on September 30, 1961 and to this marriage

they had two Boys, Bryan and Justin Jay.  They resided in a small house in Buffalo, Oklahoma.

Harris worked for Atlas Mud and later worked at the Buffalo Coop in 1965 for 26 years.  Harris

September 11, 1982 in Raton, New Mexico.  They made the home on the south edge of Buffalo,

Oklahoma. Where they enjoyed going to stock shows, football, Holidays, and having fun times

with their family.  Harris is preceded in death by his wife Betty, grandson Caleb Aaron, and

Grandson Tye Lee.  He is survived by his wife Salley of the home, his children Bryan and Kim

of Buffalo, Oklahoma, Justin and  Anna of Woodward, Oklahoma, Raymond and Candee of

Grandchildren and due to in-laws and out-laws he had many nieces and nephews. Harris leaves

behind a slew of friends and loved ones.

To send flowers to the family in memory of Harris Hammontree, please visit our flower store.