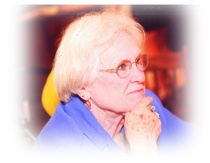 Harriet Jo Pearson, 80, of Buffalo, Oklahoma, passed away on May 14, 2014, in Oklahoma, City, Oklahoma. Harriet Jo Pearson was born on March 23, 1934, in rural Harper County at her grandparent’s home near Austin Valley, to Sterling and Mary Leona Inez Cockrell. Harriet grew up in Harper County and attended school wherever her mother was teaching, in area country schools.

Harriet graduated from Buffalo High School with the class of 1952. Harriet and Glen Pearson were united in marriage on November 8, 1952, in Clayton, New Mexico. Harriet and Glen relocated numerous times including: Minnesota, Alabama, Oklahoma, Germany, Idaho, Wyoming, Nebraska, and Kansas. In 1971, they moved back to Oklahoma where they made their home on the farm southwest of Buffalo, Oklahoma, and raised their three children, Glynis, Leslie, and Joe. Harriet worked at The Harper County Journal and served as Harper County Election Board Secretary for 28 years, before retiring in December, 2003.

Please click here to view the video tribute
To send flowers to the family in memory of Harriet Pearson, please visit our flower store.