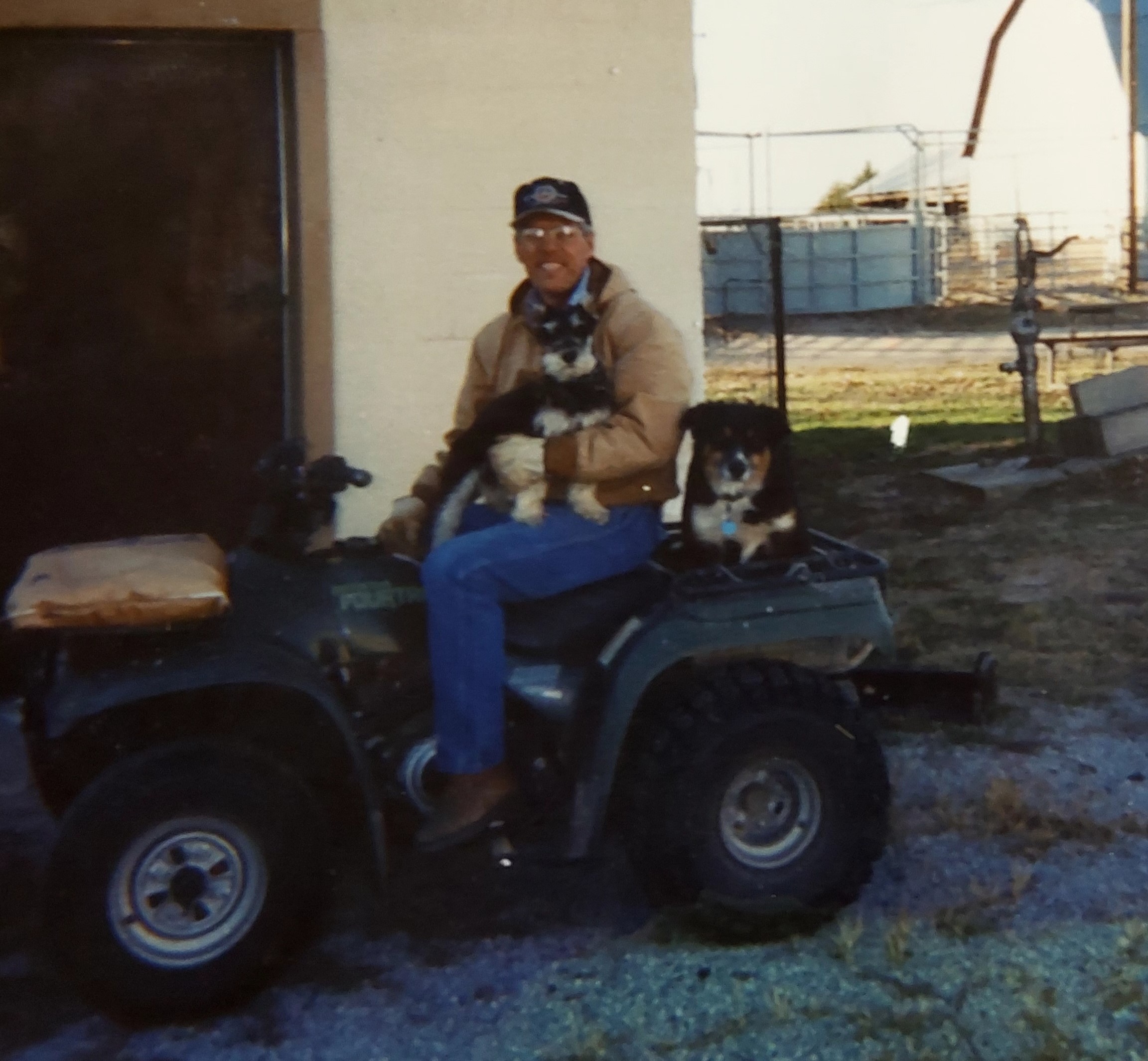 Gordon Hart Harrington was born October 24th, 1952 and was the son of Warren “Jab” and Ellen Harrington. He attended school in Ashland and graduated with the class of 1970. He began his college career at K-State in the fall of 1970, he transferred to Garden City Community College and graduated with his associate degree in 1972. He didn’t stop his college plans there, he then moved to Stillwater to attend Oklahoma State University with his good friend, David who eventually became his brother-in-law. He also had his eye on a hometown girl named Sherre who was in College in Oklahoma City. Gordon and Sherre Goodnight were Married in August of 1974 and made their home in Englewood. In January 1975 Gordon and Sherre moved to Manhattan, where Gordon went back to College at K-State and graduated with his animal science degree in 1976. He became a father to Seth and again to another son Clark. They made their final home in Ashland, Kansas where Gordon was heavily involved in his family farm in Englewood, Ks.
He was a substitute teacher at Ashland USD 220 and became the first official full time substitute. Gordon was the junior high basketball coach and followed them through their career all the way to them winning the state basketball title in 2012. He enjoyed following K-State and Oklahoma State football programs and helped run the sound system for the church. He enjoyed his daily ride arounds with his dad, and playing around on his gator. He was a big supporter of his kids and grandkids, and made sure he attended all of their sporting and school events. He was his grandchildrens #1 fan! You would rarely find him without his faithful companions, Daisy and Barney.
Gordon and Sherre became girl parents for the first time in 1999 when Brandi moved in with them; following Brandi came Kaylyn, Sierra, and Nichole, these girls prepared them for their future of having granddaughters and preparation for what all of that would entail. They instantly became involved with “his girls” projects, sports, and families also.
Gordon is survived by his wife Sherre of the home. Son, Seth and wife, Jamie Harrington and children Kennedy, Karson, Alexandra, and Carter of Englewood. Son, Clark Harrington of Ashland. Father Warren “Jab” Harrington of Ashland, Brother and Sister-in-Law, Bob and Joan Harrington of Garden City. Father and Mother-in-Law, Oley and Shirley Goodnight of Englewood, Brother-in-Law, David Waits of Stillwater, Sister-in-Law, Gayle McMahon of Wichita, Brother-in-Law and Sister-in-Law, Greg and Pixie Goodnight of Englewood. And numerous nieces, nephews, great- nieces, and great- nephews and a host of other family and friends. The family suggest memorials to the Englewood Fire Station at PO Box 132 Englewood, KS 67840.

To send flowers to the family in memory of Gordon Harrington, please visit our flower store.