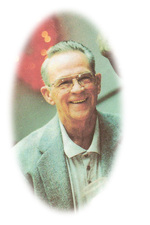 Gene Edward Harper was born in Buffalo, Oklahoma, January 18, 1938, to Arthur Frances “Buck” Harper and Frances Barbara Prophet. Gene grew up in where he lived most of his life. He attended where he excelled in sports and was an all-around athlete, enjoying baseball and football the most. On July 22, 1956, Gene and Gayle Maxine (Judy) Crowl eloped to , and were married by Minister O.E. Weeks, a friend of the family. To this union two children were born, Greg and Patti. Gene was drafted in the United States Army in 1960 and for two years served as a Medical Corpsman, followed by four years in the reserves. He attained the rank of Tech Sergeant and received a Good Conduct Medal, Expert Badge (Carbine) and Expert Badge (Rifle M1). Upon honorable discharge from the military, Gene returned to where he went to work with his Uncle Sterling and Uncle Glen as a carpenter, building many homes in the community, including his family home. He then went into the restaurant business with his parents. In 1978 Gene and Les became co-owners of the café and operated it together for 21 years. Shortly after the 50 th Anniversary of “Harper’s Café”, Gene and Les sold the business and retired. Gene departed this life on Saturday, February 13, 2010. Gene was preceded in death by his parents, Buck and Fran Harper, in addition to brother Buster Harper and sister Peggy Harper, both of whom died at a young age. Gene is survived by his wife Judy of Buffalo, Oklahoma; daughter Patti Harper of Weatherford, Oklahoma; son Greg Harper and wife Susan; brother Les Harper; sister Pat Lauer-Stinson, all of Buffalo; four grandchildren: Larissa Lillard, stationed in Germany; Lacey Lillard of Edmond, Oklahoma; Sara Jones and Shilo Harper of Buffalo; and numerous other relatives including nieces, nephews, cousins and a host of friends.

To send flowers to the family in memory of Gene Harper, please visit our flower store.