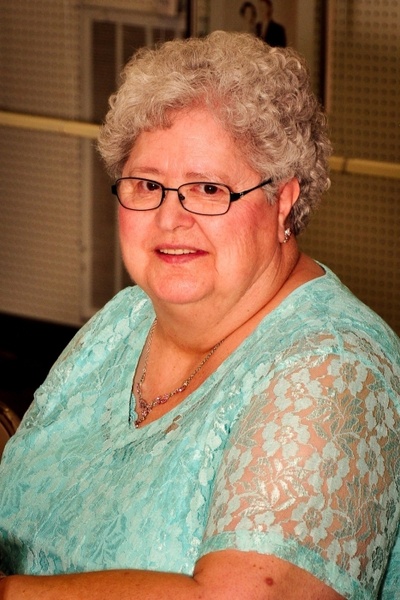 Dorothy Marie Ashlock was born on March 22, 1946, in Woodward, Oklahoma to Kearrian and Ruby (Weese) Ashlock.  Dorothy was the youngest of 7 children (3 boys and 4 girls). It was a full house where family spent a great deal time dancing to music played on the fiddle by her father. They had a large extended family with lots of nieces and nephews always around on the weekend to enjoy her mother's home cooking. Dorothy attended Buffalo Grade School and Buffalo High School graduating with the class of 1964. While in high school, Dorothy met Jerry Gillenwaters at the old Buffalo Movie Theater on a blind date set up by Ray Tune. Jerry and Dorothy were married a few years later May 29, 1966, at the United Methodist Church in Buffalo, Oklahoma.  Jerry and Dorothy attended college at Northwestern Oklahoma State University.  Jerry and Dorothy moved to Burbank, Oklahoma for his first teaching job, and their first child Carmen was born. Then they moved to Copeland, Kansas for his second teaching job, where Brenda was born. Jerry and Dorothy moved to Fort Supply, Oklahoma in 1971, and soon after Gary was born.  In 1975 Jerry and Dorothy moved next door to her mother and opened the Phillips 66 Service Station called Gaston Oil Company with Deke and Betty Gaston at the north end of Buffalo, Oklahoma.  In 1979, they built a new Phillips 66 Service Station in the center of Buffalo.  In 1982, the name changed to Mr. G's converting the station into a convenience store and muffler shop.  Those years were busy times. Their forever home was being built on the Gillenwaters' homestead south of Buffalo.  Days were spent working at the family business, farming, and ranching.  Evenings were filled with their children’s school events, 4-H, Band, Music, Sports, and Church.   Dorothy was a wonderful photographer with her own business called Daisy Mae Photos where she captured many of the BHS student's 'glory days' at sporting and music events, as well as senior pictures.  Dorothy also spent time as the photographer for the Harper County Journal.  Dorothy loved photography and received several awards for her work.  In later retired years, she enjoyed being an amazing grandmother to Chelsey Shelton, and attending events and services at the United Methodist Church.  Dorothy was preceded in death by her parents; brothers: Les and Junior; son-in-law: Wayne; brother-in-law: Richard, Arvid, and Carroll.  Dorothy went to be with her Heavenly Father on May 5, 2021, on the family farm with her family by her side.  Dorothy is survived by her husband Jerry; children: Carmen, Brenda, and Gary; sisters: Rosie, Darlene, Roxanna; brother: Cecil; granddaughter: Chelsey; and extended family of nieces, nephews, cousins, and friends.  Dorothy will be greatly missed by all her family and friends.  Family suggest memorial to the United Methodist Church, Buffalo, Oklahoma.

To send flowers to the family in memory of Dorothy Gillenwater, please visit our flower store.