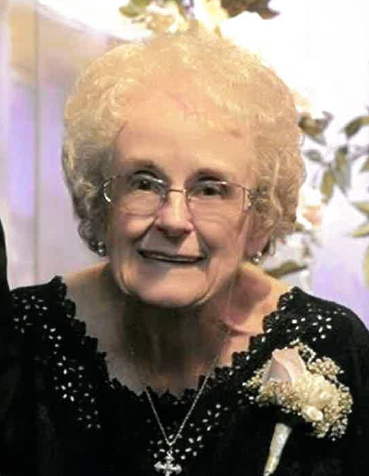 Deloras O. (Boren) Nester Baker was born January 17, 1930, in Ashland to Earl and Alice (Hopingardner) Boren. She had one younger sister, Marilyn. Deloras attended school in Ashland and Laverne, Oklahoma, graduating from Laverne High School in 1949. Deloras attended college at Oklahoma College for Women in Chickasha. She married Fred Carlos Nester, Jr., on July 27, 1951, at her parents' farm home near Laverne. To this union two daughters, were born Teddi Sue and Robin.  Fred died on May 21st, 1955, in a plane crash near Laverne. Deloras and daughters moved to Alva that summer to let Deloras attend college at Northwestern Oklahoma State University. They then moved to Ashland and lived with her parents. Deloras began teaching 6th grade at Ashland Grade School and later taught 5th grade. She taught at the grade school from 1955 to 1968. Deloras and Donald C. Baker were united in marriage at the Ashland Methodist Church on November 6, 1958. They made their home in Ashland and Don was a carpenter. Don passed away January 29, 1995. Deloras taught and was the librarian at the Ashland High School from August 1970 until she retired in May of 1992. During this time, she also attended continuing education classes at St. Mary's of the Plains in Dodge City. Deloras moved to Wichita in 2006, living there until 2016 when she returned to Ashland. Deloras lived at the Ashland Health Center Senior Living Unit until her death. Deloras grew up with a strong sense of family and continued that with her own family. Birthdays meant a gathering of the entire Ashland bunch. Summers were spent camping and fishing at various lakes in the area. Holidays were always spent with family in Ashland and Laverne. She lived two blocks from her parents and one block from her sister and four children. Teddi Sue, Robin, Debra, Geene, Kevan, and Lynda grew up as siblings and best friends. Deloras kept her "six" kids busy with any number of interesting projects. The teacher in her just could not let them sit idle. She had been the 5th grade teacher for each and then was at the high school for the younger five. She had many interests throughout her life; rock collecting, weather predicting, crocheting, knitting, various craft projects, and she was an avid reader. Deloras passed that interest in reading to her daughters. She was preceded in death by her parents, her sister, and both husbands. Deloras O. (Boren) Nester Baker left her earthly home on October 4, 2020, at the Ashland Health Center Senior Living Unit. Deloras is survived by her daughters, Teddi (Dave) Osborn, Ashland, and Robin (Gary) Steed, Wichita. Five grandchildren: Jim (Dawn) Osborn, Chino Valley, AZ; Jaclyn (Scott) McKeever, Annandale, VA; Ryan (Madison) Steed, Wichita; Kristofer (Angelica) Steed, Lawrence; Jillian (Matt) Fish, Wichita. Seven great grandchildren: Tyler Estrada; Brianna Osborn; Georgina, Ava, and Owen McKeever; Jackson and Charlie Fish. Many nieces, nephews, and cousins. Graveside services will be held on Saturday, October 10, 2020, at Highland Cemetery in Ashland. Her nephew, Kevan Proctor, will officiate. Niece Lynda Bekoalok will sing Amazing Grace. Memorials may be made to Ashland Health Center Senior Living Unit .

To send flowers to the family in memory of Deloras Baker, please visit our flower store.