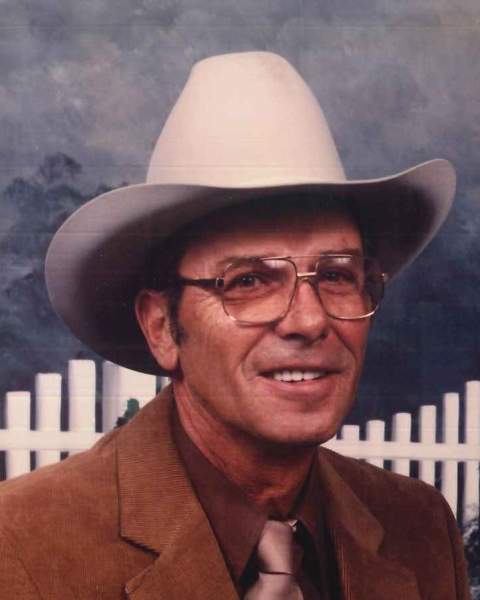 Delbert Lewis Lemons entered the world as the firstborn son of Hurley and Iva June Lemons at 5:00 pm on March 24, 1942 in Russell, Kansas. He passed away surrounded by his family, November 5, 2022 at Buffalo, Oklahoma at the age of 80.

The family, which soon included a second son, Jerry. The family moved around a lot throughout their childhood due to their father’s work as a tanker truck driver for Tulsa Crude. They bounced around from Keifer, Beggs, Mounds, Jenks, Blackwell, Perkins, and Buffalo. Probably many more that have been forgotten. By the time the family came to Buffalo for the first time Delbert and Jerry were already known as Dub and Jug, nick names they would carry the rest of their lives. As fate would have it they moved in next door to the family of Sterling and Billie Prophet. Claudia and Delbert first met as neighbor’s years before they married. They would leave Buffalo but return a few years later. Next they moved to Perkins. Delbert went along again but not being able to find any work in Perkins he returned to Buffalo on his own, going to work hauling hay.  Soon after that he went to work for Claudia’s uncle Glen Prophet and began to learn the carpenter trade. Eventually, they worked on a project with Glen’s brother Sterling and after that Delbert stayed on with Sterling his future father-in-law. They built many houses around Buffalo. Years later: the last house they built together was his own. He and Sterling worked evening and weekends on it for most of a year with only the occasional help of all the neighborhood kids on small tasks. Claudia was responsible for the design of the house. Delbert married Claudia Prophet on June 1, 1962 in Clayton, New Mexico. They were blessed? with three rowdy boys, which gave Claudia four rowdy boys Delbert included. Dub was one of those jack of all trades types and wasn’t without talents. He drove a truck for Atlas Mud Company. He was delivery driver for Mistletoe Express, also hauled hay. He did a lot of roughneck work in the oil field. Delbert was proud to be the daylight driller on Robinson Brothers Rig 10. It was a brand new Rig just built at the Robinson Brothers yard in Woodward. He had his brother Jug on his crew and eventually worked his oldest and middle sons Mitchell and Monty on his crew. Dub also had a passion for truck driving like his father and brother as well. At one time he was a partner in Diamond D Trucking. He worked a lot for Frank Page, making the Nebraska corn run. Also the two trips a day four days a week run to Kinsley, Kansas and back to the feedlot in Buffalo. That crew as legendary with Dub Jug, Steve, Martin and Dave Driscoll. Delbert was a founding member of the Buffalo Roping Club that built the arena. He would serve as Roping Club President years later. He was pretty salty left handed calf roper in his young days. Delbert and Claudia’s home became a home away from home for a sizeable number of their children’s friends. Delbert would spend some time as one of the Boy Scout Leaders and was proud of his Order of the Arrow Certification. They served as class parents three years in a row though they only had kids of their own on two of the trips. The class of 84 asked them as well but they respectfully declined. Delbert super power was horses. He understood horses way better than people, he was quite skilled as a horse trainer. A skill he taught himself with a set of training books. The horse he put most into was a buckskin he called “Ole Buck”.

That horse was the most gentle kid horse you ever saw, but also all business in the arena. He owned several other very good horses over the years.

Delbert was preceded in death by his parents Hurley and June, his brother Jerry, a brother-in-law Terrel Prophet and niece Tammy Lemons Walker, a great niece Bailey Walker. Survivors include Claudia Lemons, son; Mitchell Lemons & Anita Shelton, Monty & wife Tonja Lemons, and Mark Lemons; three grandchildren and eight great grandchildren.  He is an old cowboy that will be missed by family and friends alike.

To send flowers to the family in memory of Delbert Lemons, please visit our flower store.