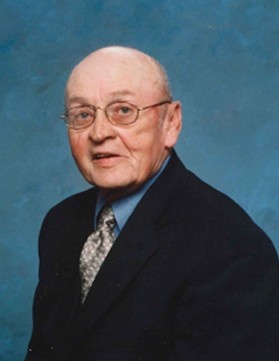 Darrol “Dean” Stone was born April 29, 1936 to Lytle Troy Stone and Sylvia Baker Stone at Ashland, Kansas and left this life on April 14, 2018 in Enid, Oklahoma.  Dean moved to Buffalo in 1950 along with his mother Sylvia, who was then married to R. L. “Loren” Brock.  Dean graduated from Buffalo High School with the class of 1955 then promptly entered the U.S. Navy in June of 1955, where he served on a destroyer, the U.S.S. Uhlmann in the Western Pacific until 1959 and was Honorably Discharged. Dean returned home to Buffalo and went to work for Northwestern Electric Cooperative.  Dean was united in marriage to Jean Cotter of Buffalo, Oklahoma on May 28, 1960.  They were married for 43 years until Jean’s death in December 2003. Dean retired from Northwestern Electric in 2000 and went on to serve on the Board of Directors which allowed Dean and Jean to travel, which they both loved and enjoyed meeting new friends as Dean had made many friends while working for Northwestern Electric.  Dean always had his Vienna sausages for lunch along with a few pranks that were pulled around April 1st for several years, but “the pranks” could happen any time.  Dean loved life and making people smile, unless you were a referee for one of his kids games, then you would know if he didn’t agree with a call. Dean was preceded in death by a brother Gary in 2006. Dean is survived by his son, Kerry Dean Stone of Buffalo, OK; daughter, Teia LaJean and husband Phil Brown of Spring Hill, KS; granddaughters Andrea and husband Ryan Kline of Woodward, OK and Alix Darby Rae Brown of Spring Hill, KS; grandsons Gentry Dean Hai Brown of Spring Hill, KS and Mason Dean Stone of Enid, OK; great-granddaughter Rori Renee Kline of Woodward, OK; brother Blaine Stone of Watonga, OK and many nieces, nephews and friends.

To send flowers to the family in memory of "Dean" Stone, please visit our flower store.