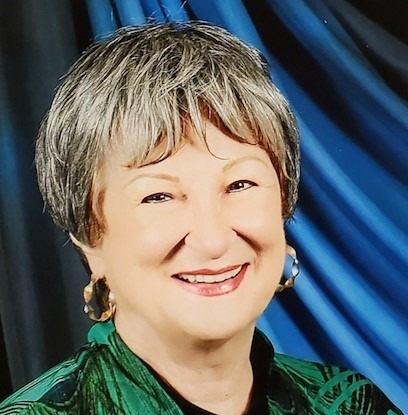 Carolyn Branch Leonard, born 21 Aug 1937 on the farm near Buffalo on her Daddy’s birthday, is proud to be a native Oklahoman. Her father, Ernest S. Branch, was a lifelong rancher and farmer, as was his father. Her mother, Ethel Imogene Parsons Branch, taught school, following that family's tradition. Both families were early-day settlers in Harper County near Buffalo, Oklahoma; her great grandparents coming into Oklahoma at the opening land run into the Cherokee Strip in 1893, and moving to Harper County around the turn of the century. Carolyn was born at the farm and grew up in a small house with no plumbing or electricity with her two older brothers, Bill and Curt. She married right out of high school to John C. Leonard and they had two children as well as taking two foster children and helping with others.

She graduated from Buffalo High School as Salutatorian in 1955, completed a business course at Enid Business school with honors, attended Northwestern OSU, graduating from Oklahoma City University in 1991 as outstanding Plus student in community work. After her children were grown she moved to Oklahoma City, but continued to manage the family farms and property in Oklahoma and Texas.

She is a member of Mayflower Descendants, Oklahoma number 538, General Society number 38149, Daughters of American Revolution (DAR) 809560, First Families of Twin Territories (Oklahoma), and First Families of Athens County, Ohio. Past president of Writers of the Purple Sage, Oklahoma City Writers, OK Writers Federation Inc. (OWFI), and Federally Employed Women (FEW). She is former board member of Oklahoma Genealogical Society, Edmond Genealogical, and volunteer at the Oklahoma Historical Society. She was named an honorary lifetime member of OWFI.

She became a Christian in her youth, baptized age eight at First Baptist of Buffalo, and is a member of Church of the Servant UM, OKC, where love found her a second time while leading a class on grief and recovery, and Jon Heavener was a participant. They married the next year in 1993 and now attend Crossings Community Church.

Carolyn was a prize-winning Toastmasters speaker and writer, she was an avid genealogist, and often made presentations to groups on easy ways to preserve a person’s memories for future generations and also on writing and publishing classes. She loved spending time with family and her husband of almost thirty years, Jon Heavener.

Her heart and home welcomed and nurtured many children over the years including Judi, James, Jay, and Cathy Sue, along with nephews Butch and Larry, and nieces Margie and Kathy. She also had a warm spot in her heart for her stepson, Ross.

Carolyn and Jon traveled the world visiting friends in Japan, Germany, The Netherlands, Singapore, and other countries. They joined an International Bed and Breakfast Club and entertained visitors in their home often. She is a charter member, coordinator, and past president of the 850-member Dutch Cousins of Kentucky and published a monthly Writers Reminder email. Jon and Carolyn are members of the 8‑Four‑8 Dinner Club of ten members who have met every month since 1995.

She established Sage Press in 1990, editing, designing, and publishing award-winning books by Oklahoma authors including herself. The business name changed in 2012 to Buffalo Industries, LLC.

*  Five books in print 2022 on Amazon.com. (two of which were published during her extreme illness)

But she never forgot her roots and always spoke proudly of her hometown of Buffalo, Oklahoma.

Carolyn left her earthly  home in OKC surrounded by her family.

She spent her last Mother’s Day with children, grandchildren and great-grandchildren. The room filled with flowers and though she was nearing the end, she quietly dozed in her chair with a smile.

A celebration of life service will be Saturday May 14, 1PM at First Christian Church, Buffalo, OK.  An opportunity to visit with family will be available immediately after the service at the church. Carolyn's burial will be a private family burial at High Point Cemetery. Officiated by Jason Shepherd.

Under direction of Wilkinson Funeral Home of Buffalo.

To send flowers to the family in memory of Carolyn (Branch) Leonard Heavener, please visit our flower store.