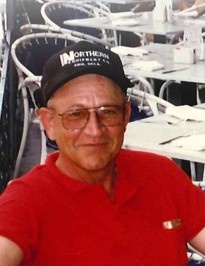 Carl Leroy Long (C.L.) was born on the family farm South of Laverne, Oklahoma on March 14, 1942 to Raymond Leroy and Leslie Letha (Hurt) Long at the family farm just east of his finally resting place.  Carl graduated from the Laverne High School in 1960.  Carl married Margaret Cook in May at Arnett, Oklahoma, but the blood test were spoiled.  So they were married again on June 14, 1963 in Central City, Nebraska where Carl was employed in the oilfield pipeline industry. To this union three children were born, Tommy Leroy, Stephanie Denise, and Carl Leroy Long, Jr..  Eager to move back home and be close to family, Carl obtained work at the COOP where he worked for over 20 years.  Carl’s work moved the family to Kansas and eventually back to Oklahoma where the family settled in Buffalo.  Carl went to work for Oklahoma Department of Transportation in 1985, where he retired after several years.  Carl loved helping people and serving the people of the community.  Carl served the community on weekends and evenings as a Reserve Deputy and as an EMT for the Buffalo EMS for many years.  Carl enjoyed camping, fishing, collecting guns, tinkering around in the yard and in his shop, but later in life his enjoyment came from spending time with his grandchildren.  Carl was a man who loved deeply.  A man who when his best friend died, he took his children and called them his own, who took in teenagers who needed a home and called them son and daughter.  There was always room in his home and at this table and an odd job for anyone who needed to earn a few dollars.  Carl believed in the philosophy that a hand up was better than a hand out and that if you teach a man to fish he will never go hungry.  Carl was preceded in death by his parents, Raymond Leroy and Letha (Hurt) Long, brother; Clifford Long, sister; Judy Walker, brother-in-law; Neil Walker.  Carl left his earthly home on March 12, 2018 in Buffalo, Oklahoma, in the company of his family.  Carl leaves as his survivors wife; Margaret of 54 years, son Tommy Long and wife Jan of Guymon, Oklahoma, daughter; Stephanie Jett and husband David of Laverne, Oklahoma, son Carl Leroy Long Jr. and wife Tara of Woodward, Oklahoma (the baby of the family),  grandchildren; Shae, Conner, Larissa Jett,  Jordie Flynt and husband Austin, Wyatt Jett, Bradon Long, brothers; Clarence Long, Cecil Long, sisters Carolyn Hinnant husband Jerry, Elizabeth Long husband (Toni), nephews; nieces; grafted family by Carl’s love Bill Watts, Carrie Eslinger, Deanne Nelson and her children Lauren, Chelsea, Aaron, Holly, and Stephanie, Starla Summers, Raymond Mayes, and two little girls next door that called him PaPa Carl, Alona and Alexis Stoddard.  Carl will be missed by all that loved him.

To send flowers to the family in memory of Carl Long, please visit our flower store.