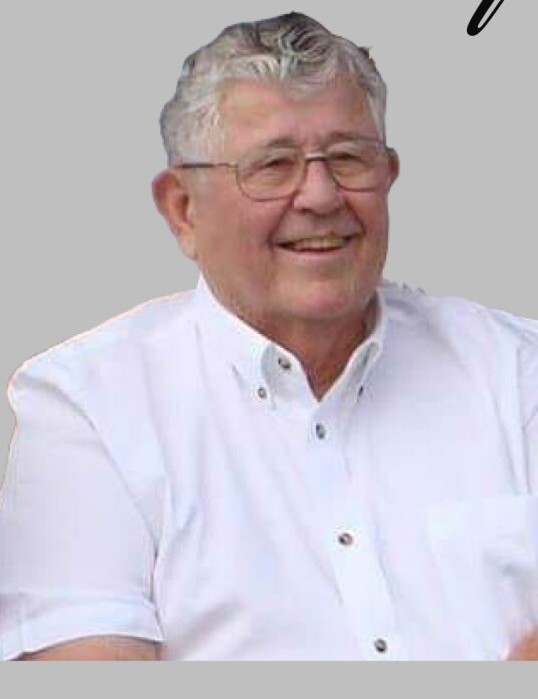 Bobbie Gene Harmon was born to Thomas Wilber Harmon and Myrtle Blanche (Fox) Harmon on July 17, 1935 at Ashland, Kansas.  Bob (aka Papa) attended Ashland Public Schools and graduated with the class of 1953.  Papa helped his father during the summers Custom Wheat Harvesting.  After graduation, he worked for Jim Jenkins, plumbing the Ashland District Hospital.  He enlisted in the US Air Force in 1957 with his brother Richard, Dean McPhail and Ronald Cox.  His mother told him “If they don’t treat you nice, just come back home.”  Upon his discharge, he helped his father harvest that summer and started work at Fellers Motor Company, which he continued until his retirement 36 years later.

Bob was married to Linda Underwood and they divorced in 1975.  He then married Ella Kay (Godfrey) Gillespie on October 7, 1978.

After retirement, Papa enjoyed driving his friends to doctor’s appointments, airports and anywhere they needed to go.  He was nicknamed “Driving Miss Daisy”.  Papa loved keeping up with his classmates and talking about old times.  He was an avid Ford man and tried to rub that off on all his kids!  They took many motorcycle trips with good friends.  Everyone loved hearing him whistle and sing in the shower.  He loved his family, his grandkids, but most of all he loved his Sugar Plum Pie..  Kay.

To send flowers to the family in memory of Bob Harmon, please visit our flower store.

Family and Friends visitation from