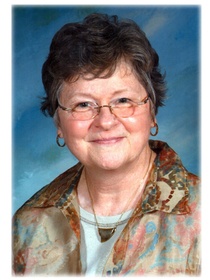 Delia Beth (Windle) Waugh (better known to family and friends as Beth), the fourth child of Harmon and Jessie (Miller) Windle, was born on April 27, 1946, at Granite, Oklahoma.  Beth grew up in Granite and graduated from Granite High School 1964.  Beth began college at Panhandle State University, then transferred to Oklahoma State University, and earned a Bachelor’s degree in Vocational Home Economics.  While at OSU, Beth met a young man named Kenneth Waugh in April of 1966.  Beth and Ken fell in love and were married on June 1, 1968.  Four children were added to this union: Mike, Wes, Jeff, and Amy.    Beth proudly earned a Master’s degree in Early Childhood Development in 1973 from the University of Missouri.  She then began her career teaching Home Economics in Wichita, Kansas and later taught kindergarten briefly in Granite, Oklahoma.  Beth and Ken moved to northwest Oklahoma in 1981.  Beth taught preschool and kindergarten for 32 years and Family and Consumer Sciences for four years at Buffalo Public Schools.    Beth was active in the Woodward Church of Christ, Daughters of the American Revolution, Buffalo Public Library Board, and the Home Extension Club.  Beth expressed her love for animals by raising various breeds of dogs, chickens, peacocks, ducks, and other poultry.  She was an excellent cook and used her Pampered Chef tools and knowledge to prepare delicious meals for family and friends.   Beth was preceded in death by her parents; brother, Charles Windle; sister-in-law, Janita Wright; and father-in-law, William Waugh.  Beth went to be with her Lord on December 31, 2015 in her home with family by her side.  She is survived by her husband, Ken; three son’s Mike Waugh and wife, Christi; Wes Waugh and wife, Oksana; Jeff Waugh and wife, Jessica; daughter Amy Waugh; three grandchildren, Abby, Lexie, and Charlotte; brother, Tom Windle, and wife, Ula Mae; brother, Bob Windle, and wife, Linda; sister, Kathy Wade, and husband, Dennis; sister-in-law Joyce Shrock, and husband, Vic; brother-in-law, Bill Waugh, and wife Nell; other relatives; many friends; and the many children she taught in school.

In Lieu of Flowers the family suggest funds;  in memory of Beth Waugh for  Play Ground Equipment at the Buffalo Public School,

Please click here to view the video tribute
To send flowers to the family in memory of Beth Waugh, please visit our flower store.